Marquez: Hard to block memories of injury in win charge

An emotional Marc Marquez admits it was “really hard to keep concentrated” in his charge to MotoGP German Grand Prix victory due to the memories of his career-threatening injury.

Marquez badly broke his right humerus in a crash during last year's Spanish GP, which necessitated three operations and ruled him out of the entire 2020 season.

He has struggled since his comeback in Portugal in April with fitness in his right shoulder, but felt the Sachsenring – where he has gone unbeaten since 2010 – offered a strong opportunity at the podium due to its anti-clockwise layout.

Marquez took the lead on lap two of Sunday's 30-lap German GP and resisted pressure from KTM's Miguel Oliveira to seal his first victory in 581 days.

The Honda rider admits when spots of rain started to fall early that it was "my race" and vows that his sensational comeback win in Germany is just the start of his return to the front in MotoGP. 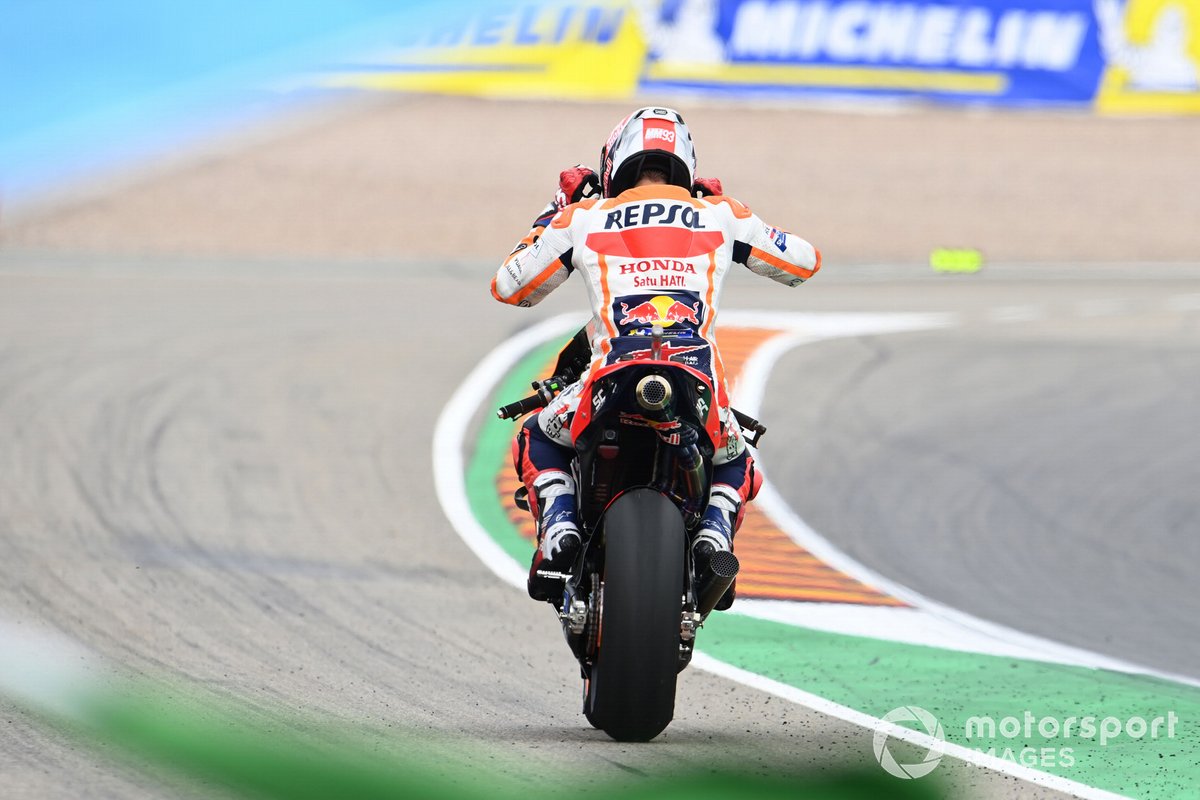 "Yeah, I mean it's one of the most important and hardest moments of my career and today I knew it was a great opportunity," Marquez said in parc ferme as he fought back tears.

"The mentality was not easy because I'm coming from a hard situation, three zeroes in a row but I said today is the day.

"But the victory was a low possibility, but I said if it was the perfect conditions I will try.

"And then in that point I pushed and I keep the same race pace as before.

"Even when it started the second drops, I pushed even more and then I said 'OK, it's time to take a risk'.

"I take a risk on those laps and when I passed that moment, then the second race started, which was with Miguel.

"He pushed a lot, but then was really hard to keep concentrated because of all the memories, all the situation during this last year was there.

"But we did it, we will do it again. We are in a hard situation but we will try to keep on the same level."

Marquez admitted on Saturday that he couldn't think about victory, but has now won the last 11 races he has entered at the Sachsenring across the 125cc, Moto2 and MotoGP classes.