Honda’s Marc Marquez has explained why he was so angry following his crash at the penultimate corner early in FP2 for the MotoGP Aragon Grand Prix.

The six-time MotoGP world champion was following his LCR Honda-mounted brother Alex Marquez in the opening stages of FP2 when he was forced to run wide to avoid hitting him at the Turn 16 left-hander.

The elder Marquez brother then tucked the front when he hit the dirty outside line of the circuit and wrecked one of his Hondas.

He was visibly fuming in the gravel afterwards as he walked to recover his bike, with the Spaniard saying this stemmed from the fact he knew it changed his FP2 plans.

“The day I’m happy, it’s true that the plan was changed a little bit because of the crash,” Marquez said.

“The plan was to use the soft tyre in the first, second runs just to understand for the race distance.

“It [the crash] changed a little bit the plan, but on the other hand we tried the hard rear tyre, so it changed the plan for this afternoon but didn’t change the plan for the race weekend because we already understood a few things.

“It’s true that after the crash I was angry because I felt under control.

“I went wide, and I said ‘OK, give up’ because it’s free practice.

“But when I go onto the dirty place, I lost the front and I was just angry for that, because then I know with that crash, I didn’t follow the correct plan and because it was a situation that I felt under control but just I lost the front where I didn’t expect.” 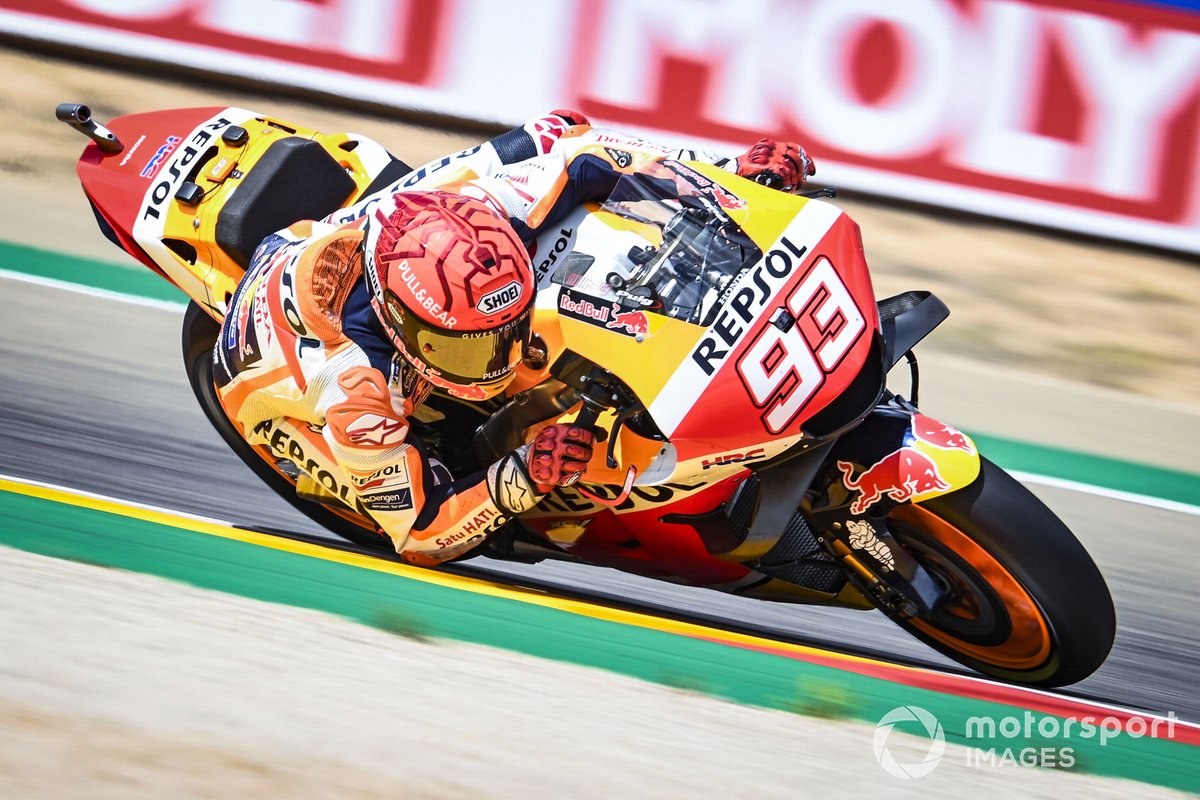 Espargaro trialled a 2022 prototype chassis on Friday and was pleased with his initial feelings on it, with the Spaniard explaining the new frame is designed to improve the grip issues Honda has suffered all year.

“Well obviously we are trying to improve the problems we have this year, which is grip on the edge [of the tyre], floating on the entry, the spinning with the bike straight,” he said.

“So, for sure it’s in this line, the idea is to be with more grip.”