The Honda rider scored an impressive seventh-place finish at Portimao in his first race in nine months since breaking his right arm in last July’s Spanish Grand Prix.

Marquez had only ridden a motorcycle three times since his aborted comeback at the second Jerez race last year and was off two wheels on the month prior to Portugal on doctors orders.

This meant he suffered in the latter stages of the Portuguese GP, admitting he couldn’t even get his elbow down such was his physical state.

Marquez has been ordered by doctors not to ride any bikes between races and keep his gym training light while the bone in his arm continues to strengthen.

This, coupled with the varying physical nature of MotoGP tracks, has made it difficult for Marquez to aim for a time when he expects to be fully fit again. 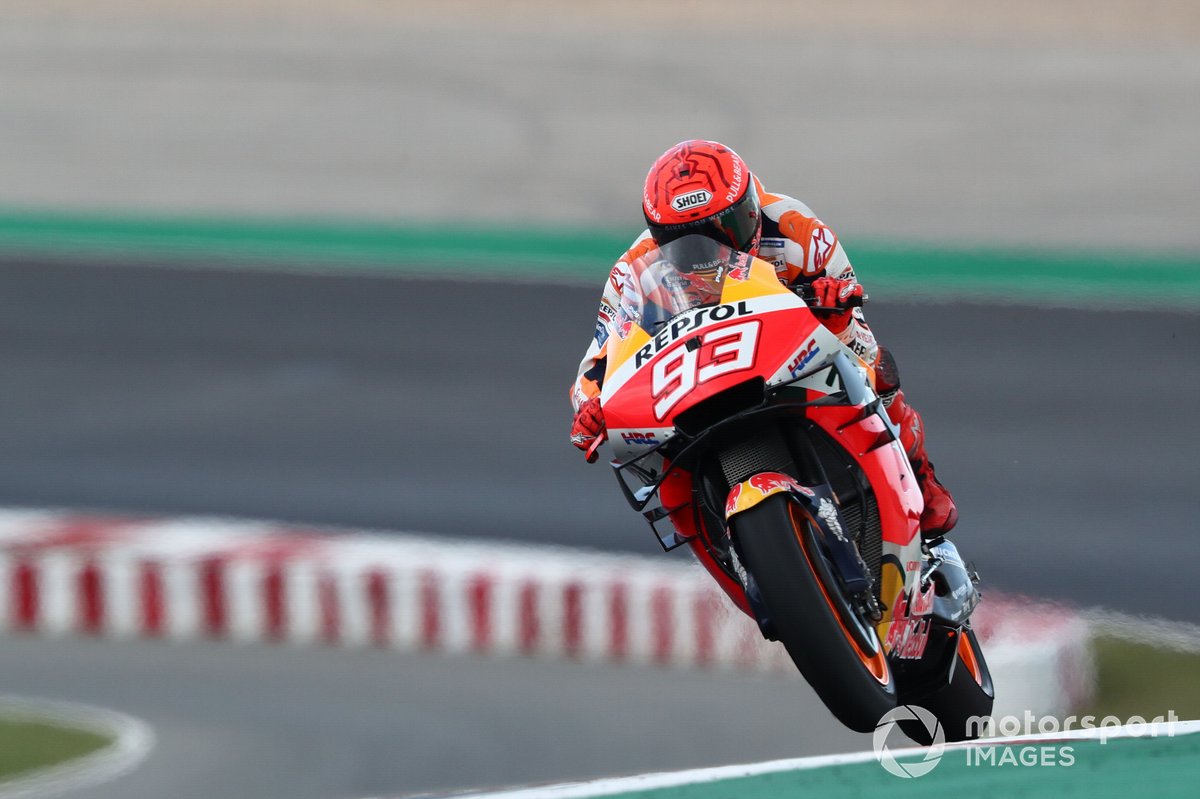 “Honestly speaking I don’t know, because it depends on the circuit, if it’s really physical track or not,” he said when asked when he expected to be back to full fitness.

“For example, the last seven laps [in Portugal] I was not even able to use the elbow to touch the ground.

“I was riding in a really strange riding style and I was not able to do anything.

“Another important point that we already speak with the doctors before this race, and the comeback to the competition means the training at home has to be less.

“So, that means now from race to race I will not ride any bike, I will just train at the gym three, four days maximum and with not a lot of weight [training] because the bone is ok, but the stress that we can put on the bone must be progressive.

“It cannot be every day and every week. So, this is another reason that will of course means it will take time to come back in a good physical condition.

“But I must follow the advice from the doctors because they give to me the opportunity a MotoGP bike.

“So, now I will just ride a bike race by race, and then after the next check we’ll see how the bone is and if we can do a little bit more.

“But the next check will be after Jerez.”

Marquez sits 14th in the championship on nine points after his comeback race with a not insurmountable 52-point gap to standings leader Fabio Quartararo.

In 2020, Joan Mir came from 48 points adrift in 14th after the first three rounds to win the championship, while Marquez overcame a 37-point deficit after six races in 2017 to win the title.