Honda MotoGP team boss Alberto Puig says both HRC and Marc Marquez must exercise "patience" following his latest injury setback, but that his doctor was "positive" regarding recovery.

The six-time MotoGP world champion suffered a concussion two weeks ago while training off-road ahead of the Algarve Grand Prix.

He was ruled out of the Portugal race before Honda announced that he would be absent from this weekend's Valencia finale and the crucial two-day Jerez pre-season test next week as he was suffering from diplopia – double vision – in one of his eyes.

Marquez had previously damaged the same nerve back in 2011 in a Moto2 crash at Sepang, which required surgery and cast some doubt over his career continuing.

Speaking at Valencia on Friday, Honda boss Puig said: "This is a very similar injury like he had in 2011 with the Moto2 in Sepang.

"Of course, it's not a bone, it's something a little bit more complicated, more delicate.

"It's something that of course you have to be calm and see how it goes. On the doctors words, there is of course… it's not so easy to know how a nerve can react or an eye can react.

"But the doctor was positive and he of course mentioned that we have to be patient, because this is not like you crash and you put [in] a plate and race next week.

"This is more serious and will need some time. Of course, I want to be confident, I'm not a doctor but I hear what the doctor said and of course we have to think positive.

"And I think the key point for this, as I said, very difficult thing that we have to do is to be patient - because patience is something that doesn't match with our sport.

"But it is how it is, and let's hope that he's lucky and he can go back to full fitness." 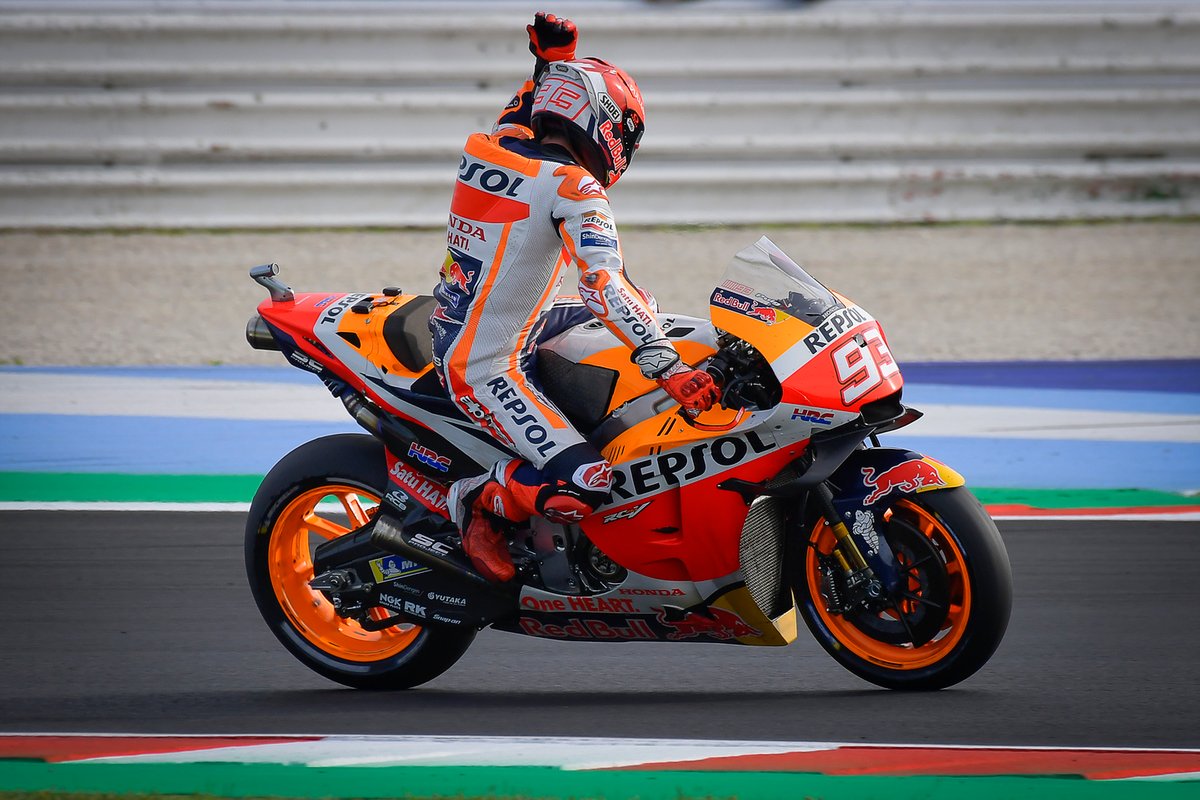 This latest injury setback has compounded an immensely difficult year and a half for Marquez, who suffered a career-threatening right arm break at the Spanish GP last July and was forced to miss the 2020 campaign.

Returning to action this year at round three in Portugal in April, Marquez has struggled with strength in his right shoulder – but still managed to score three wins and will end 2021 as the top Honda rider.

When asked if Marquez is able to be patient right now given everything he's gone through, Puig added: "I think sometimes life brings you to situations where you have to be patient because there's no choice.

"Understanding that Marc is a clever guy, I think he understood it like this.

"I mean, many times you try and normally sportsman we are trying to do things that are outside of the book.

"But when we are talking about vision, I think of course he is going to be patient and will take this situation with a lot of calm, not like if we were talking about a wrist or an arm or something different."