Marc Marquez says he needs to be “careful” when working with his Honda MotoGP engineers as his feedback currently is “not as precise” as it used to be.

The six-time MotoGP world champion felt the 2021 RC213V was lacking in mid-exit of corners last time out at Jerez compared to the bike he last rode in 2020.

Admitting the base bike he is riding as he continues his comeback this weekend at the French Grand Prix is “not bad”, he conceded again it was still “missing something”.

However, given his current physical state, Marquez admits he cannot properly steer development of the Honda yet and has to be cautious with his feedback on the RC213V to his engineers.

“I start in Portimao and Jerez with a bit of evolution that Honda and all the other riders brought to the bike,” he said on Thursday at Le Mans.

“And it’s not bad at all, I mean basically overall it’s not bad. But it’s true we are missing something.

“First of all we need to be careful in my side of the box because I always try to be honest to the engineers and my technicians, and my comments are not as precise as always. 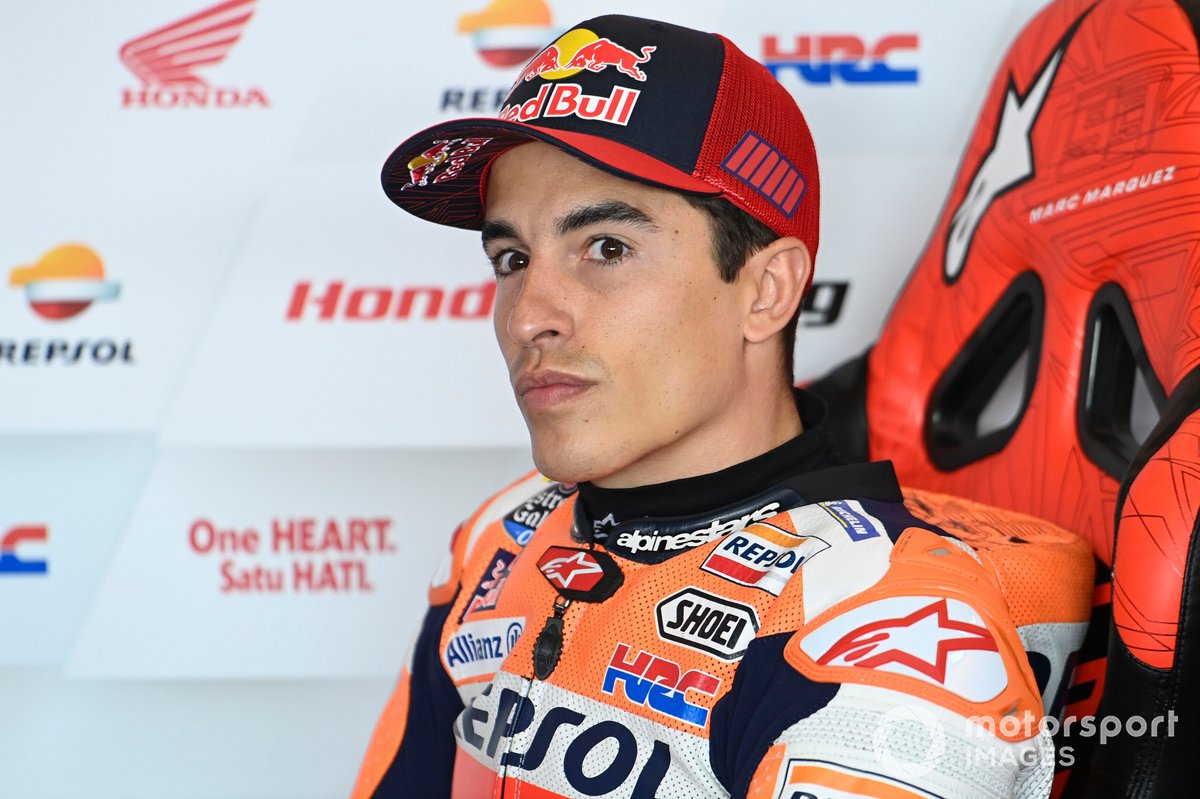 “This is one thing. But it’s true that one of the plans in Monday’s test in Jerez was try to come back a bit where I raced in 2020 in Jerez.

“But I wasn’t able to test because it was impossible with my physical condition.

“And maybe it’s one of the targets this weekend to understand where we are now and where we were in the past.”

This weekend’s French GP is set to be heavily affected by rain, which Marquez admits could offer him more opportunities to expand his results targets as the conditions shouldn’t be as physically demanding on him.

“It looks like this weekend the weather conditions will be one of the keys of the weekend and we must adapt,” he said.

“In the end I don’t know. Of course, in one side I would like to ride in dry, because like this I can continue my evolution on my personal rehabilitation and the best way is in dry conditions.

“On the other hand, wet conditions, you never know. It’s more of a lottery.

“Of course, the limit I have now riding in dry conditions is physical condition.

“It’s true that wet conditions are less demanding, so this can help.

“But at the same time my position on the bike is not like it is always.

“We will see. Of course, in one side it’s positive for me because it will be a less demanding weekend physically.”

Marquez also confirmed he has been able to increase his gym training following a doctors’ check-up after the Spanish GP and hopes to be able to introduce one day of bike training to his regime after Le Mans.

Miller has "score to settle" with Le Mans in MotoGP

The new chicane at Red Bull Ring’s Turn 2 has been met with widespread praise from MotoGP riders following its debut in Friday practice for the Austrian Grand Prix.

Reigning MotoGP world champion Fabio Quartararo says the series' plans to have sprint races in 2023 are "totally stupid" and claims he was never told about them.

Eight-time MotoGP podium finisher Pol Espargaro will return to KTM and Tech3 next season after signing a two-year deal, paving the way for Joan Mir to join Honda.