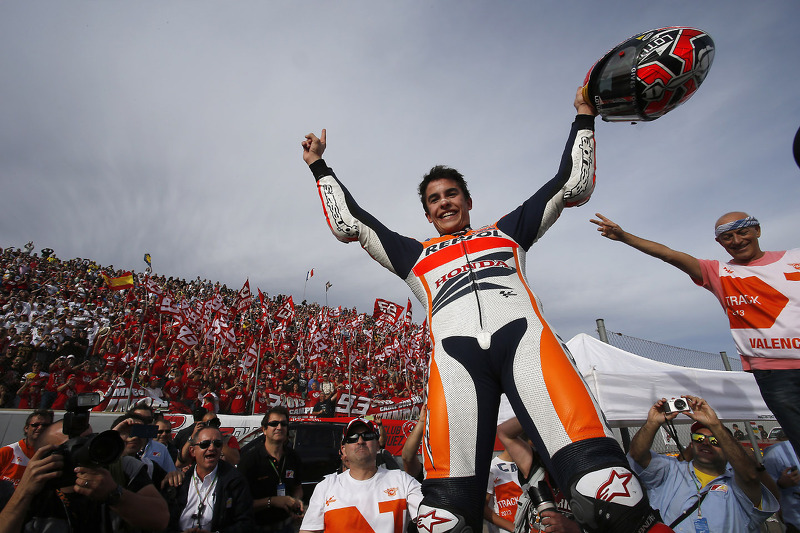 Marc Marquez has become the youngest ever MotoGP World Champion following a superb performance at today’s title showdown at the GP Generali de la Comunitat Valenciana where he secured third place and enough points to seal the championship while his main rival Jorge Lorenzo won the race but having to give best to the 20-year-old from Cervera, Spain. Marquez won the title by a margin of just four points with 334 to Lorenzo’s 330. 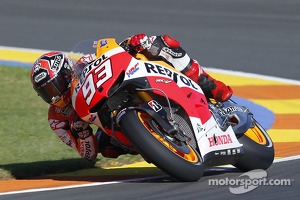 While Marquez has become the youngest ever rider to win the Premier class crown, he is also the first rookie to win the championship since Kenny Roberts in 1978. Since starting his first MotoGP campaign at the start of this year, Marquez has broken practically every rookie record on his way to the world title including six race wins, 9 pole positions, 16 podiums and 11 fastest race laps.

First competing in the 125cc World Championship in 2008 Marquez had a steady climb through the ranks until he eventually clinched the title in 2010 and the graduated into the Moto2 class where he made an instant impression notching up multiple race wins. However, a nasty crash in first year of Moto2 saw Marquez suffering an eye injury that threatened to end his racing career but the Spaniard was dogged in his determination to continue to race and came back in 2012 to take the championship title. 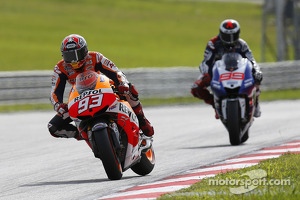 Following his first ever podium at the season opener in Qatar, Marquez was an instant sensation and began what was to become one of the most exciting MotoGP seasons. The fight for the 2013 title was initially between Marquez, his teammate Dani Pedrosa and Lorenzo but as the season wore on Marquez continued to push and it was only Lorenzo who could maintain the pressure on the rookie. With sensational passing like that on nine times World Champion Valentino Rossi at the infamous corkscrew turn at Mazda Race Laguna Seca and the multiple moves that he made on his main rival Lorenzo throughout the season Marquez has cemented his status as a legend in his fan’s eyes and many are tipping the Spaniard to lead a new era for the premier class of motorcycle grand prix racing.
Next article