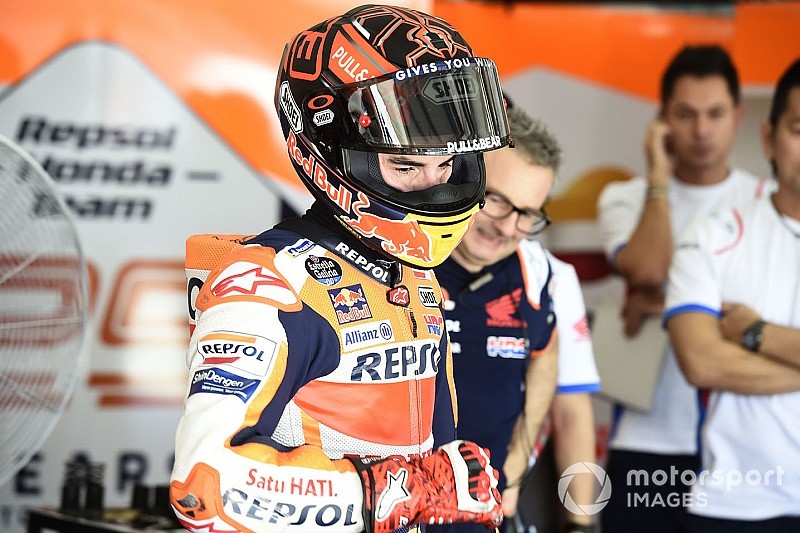 Marc Marquez has conceded he is unlikely to be completely fit for the opening round of the 2019 MotoGP season in Qatar, instead targeting a full recovery for the second round of the campaign in Argentina.

Despite having still not totally recovered from his shoulder operation in December, defending champion Marquez kicked off 2019's official running by topping the opening day of the Sepang test on Wednesday.

However, he managed only 29 laps that day, the second-least of anybody, and on Thursday he slipped to eighth with 37 laps completed, again stopping several hours early due to the pain.

Speaking about his condition afterwards, Marquez - who was almost a second slower than pacesetter Maverick Vinales - admitted that he will need to wait until end the March at the Termas de Rio Hondo round to be back to full fitness.

He said: "I will be not very close to 100 percent, but I think Qatar will not be a big problem… I hope!

"Still I have one month in front [of me], so I will try to work hard still. I have tomorrow [the final day of testing], I have a test in Qatar, then it’s Qatar, then three weeks more to Argentina.

"This is my target, to arrive in Argentina 100 percent. I need to wait.

"Now if I want, I can keep riding, with pain. But if I have a big inflammation, it gets worse and worse and I lose one week of my recovery. So I need to follow my body; when I feel more pain than normal, I stop."

Marquez said that his physical limitations have impacted his test plans beyond simply being unable to make full use of the track time available at Sepang.

The Spaniard explained that he has been focusing mainly on comparing engines so far during the test, as he is unable to properly evaluate smaller changes in his current condition.

"We try big things now, we tried a completely different character of the bike," he said. "We don’t go in details, springs, just very big things, working and working and getting information.

"Tomorrow we try to continue on this way but for now the most important thing is to work on the engine, because from Qatar until the end [of the year] we can’t change it.

"[Riding more smoothly] is something strange; it’s not my instinct and not my riding style. For that reason, a few things we need to try we will not try, because I’m not riding like I want.

"We are changing the plan, trying big things in other areas that are more important. To work on the small details you need to ride like you want.

"When I put new tyres I cannot take profit, the bike becomes more aggressive and more physical for the shoulder. With new tyres I’m slower and then with used tyres I push." 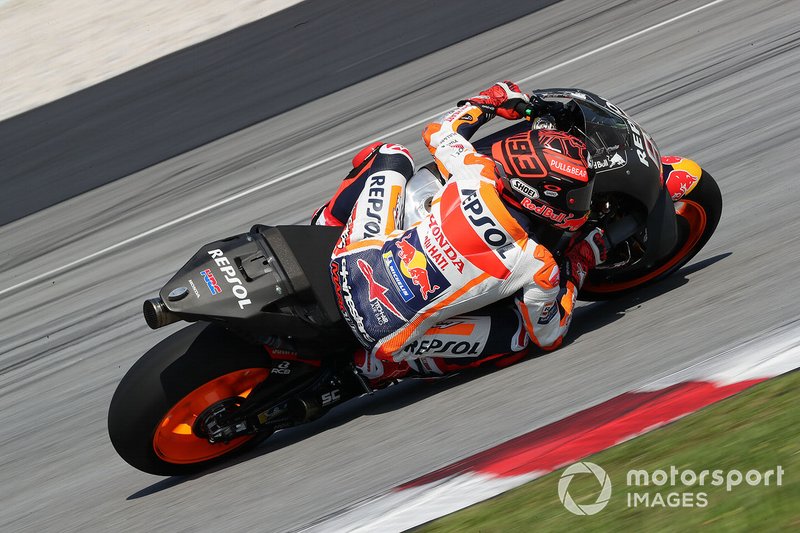