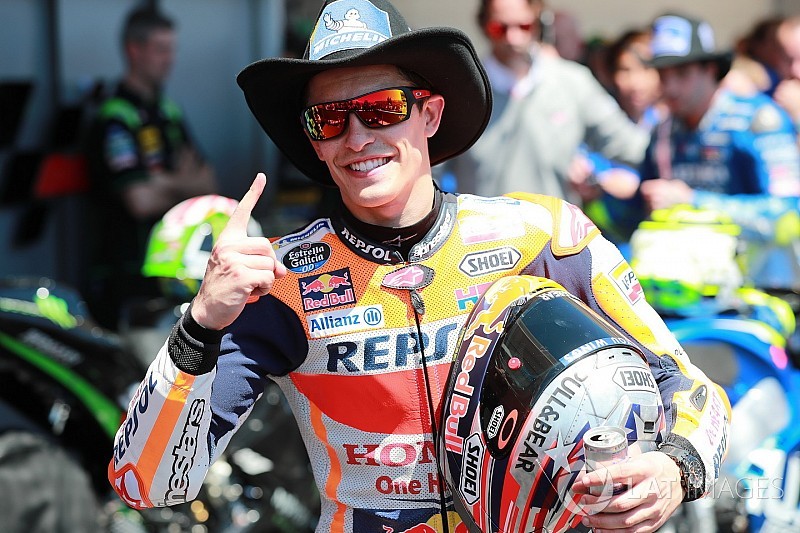 Marc Marquez says the criticism he received in the wake of the controversial Argentina MotoGP race gave him “special motivation”, as he dominated Sunday’s race at Austin.

Marquez came in for criticism after an aggressive approach in Argentina, in which he clashed with Aleix Espargaro and Valentino Rossi, receiving a 30-second time drop for the latter incident.

Marquez typically dominated at the Circuit of the Americas, making light work of his three-place grid penalty for blocking Maverick Vinales in qualifying to take the lead early on.

The Honda rider soon opened a six-second advantage and cruised clear, marking his sixth successive win at the venue, stretching back to its inaugural event in 2013.

When asked by BT Sport whether the Argentina controversy spurred him on, Marquez replied: “Yes. I cannot lie. I had a special motivation, special pressure this race.

“I never had this kind of race, leading the first lap and pushing to the end. I always waited a little bit and attacked at the end.

“Today I felt like this: just go. I had the pace, the race was so long, in the last four or five laps I was thinking already about dinner, because it was so long and this circuit is so difficult!

“But anyway, apart from jokes, was an important weekend, we work a lot, [it] was a special motivation.”

Marquez also paid tribute to 2006 MotoGP champion Nicky Hayden, who died following a road collision while out cycling last May.

"I took the flag of Nicky [on the cool-down lap], he was an important rider for the USA, but also for the Honda family, it's the first race here since we lost him," he said.

"I'm happy to be back at the top and take the first victory of the year and we'll try to keep the same level."

Marquez draws to within one point of new leader Andrea Dovizioso in the championship with his first win of 2018.