Honda’s Marc Marquez admitted after finishing 12th in Friday’s Italian Grand Prix practices that his recovery since his MotoGP comeback in Portugal has been “stuck”.

The six-time MotoGP world champion served a nine-month injury layoff beginning last July when he badly broke his right humerus in a crash during the season-opening GP.

Following three operations, Marquez finally returned to action in April in Portugal and the bone consolidation in his arm has improved significantly.

However, his main issue on the bike stems from pain and a lack of strength in his right shoulder – a consequence of his arm break, but magnified by a prior serious shoulder injury – and admitted the problem is more noticeable at Mugello.

Noting he had "a big limitation" straight away on the bike on Friday, Marquez said: "It seems difficult to explain because it's been two months since Portimao and I should be better.

"But I'm pretty much the same as then, stuck, with a bad shoulder and that makes my arm not work properly, and I'm noticing it a lot on this circuit.

"The changes of direction is where I suffer the most at all tracks and at Mugello there are a lot of them." 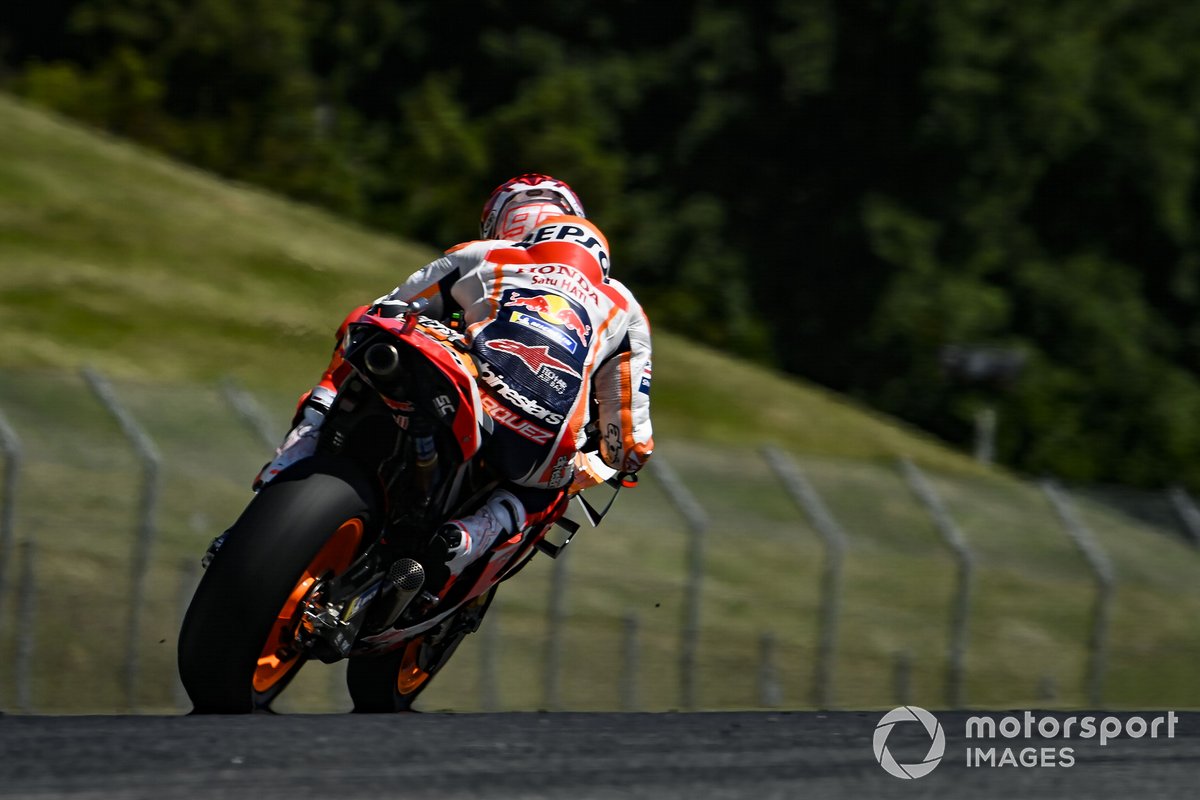 Marquez admitted on Thursday at Mugello that he considered pausing his comeback due to his shoulder issues after the Spanish GP.

Explaining further how his shoulder is affecting him at Mugello, Marquez noted he is losing at least 0.2s through the circuit's chicanes.

"It is true that the shoulder is more stable this last month and it is where I have the biggest limitation but apart from that, for example, today straight away I realised at this circuit I have a big limitation," he added.

"The rest of the corners I feel not bad.

"So, I just need to be patient, it takes time, what I did today I think was just riding in my pace and just concentrating on a few things on the bike and I hope that we will have a better time in the future."