Mamola column: Iannone needs to raise his game - and fast 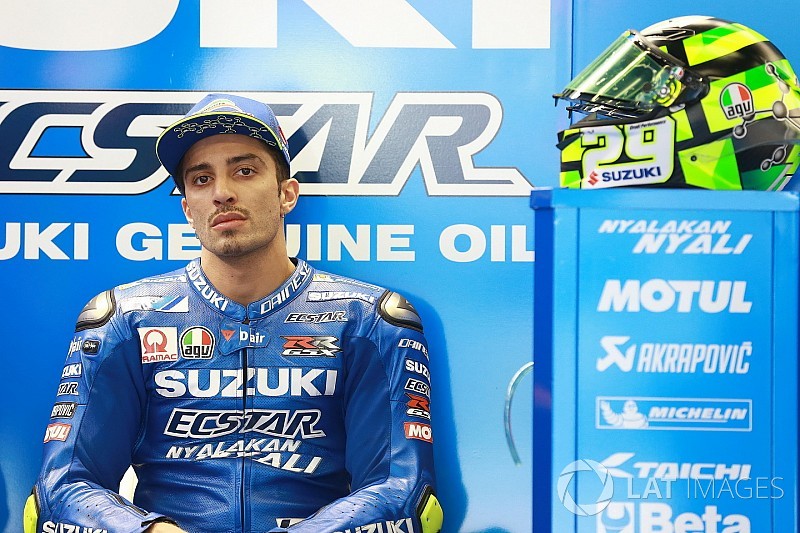 Motorsport.com columnist and 500cc grand prix racing legend Randy Mamola hasn't been impressed by what he's seen from Andrea Iannone this season - and says the Italian has to urgently up his game.

Valentino Rossi and Maverick Vinales performed well below what was expected from them at Jerez. The same thing happened with Marc Marquez and Dani Pedrosa at Mugello, and Jorge Lorenzo has not enjoyed a dream start to the season either.

However, the instability seen so far during the MotoGP season is no excuse for Andrea Iannone and Suzuki's dire start to the 2017 campaign.

The Japanese manufacturer hired Iannone as a replacement for Vinales when he decided to sign with Yamaha, with the expectation that the Italian would take over and continue to develop the GSX-RR.

The bike won a race in 2016 (Silverstone), was on the podium four times, and Vinales finished fourth in the standings. Suzuki's intention was for Iannone to use his four years of MotoGP experience to get the team on par with Honda, Yamaha and Ducati.

After the first third of the season, we can say that the bike's progress seems to have ground to a halt: Andrea is 15th in the standings with 21 points to his name, less than half of what Vinales had at this point in 2015 (46 points), the year when Suzuki returned to the championship.

In such a complicated situation like this, both parties are forced to do something, and the first decision that I would make is to speak directly to the rider to find out where he is.

And they must do it with data in hand: It's not normal that at Barcelona, Iannone lapped most of the time at an average pace of 1m49.5s, and when teammate Sylvain Guintoli caught him on lap 20, he started to lap over six tenths quicker until he opened up a gap again.

If I were the team boss, I would go straight to the point and ask for explanations, because at first glance there is no possible justification. Iannone doesn't look too happy at Suzuki, and the first step should be to find out if the distance between the two parties can be reduced or not.

Although I'm convinced that Andrea doesn't feel comfortable on that bike, and that the problems to adapt to it are real, I'm not so sure he is fighting with all his strength to change the situation.

The MotoGP grid is full of fighters. There's Pedrosa, who has always have to face the problems created by being so small. There's Marquez, who this weekend crashed five times, but who gets up, climbs on the bike and never gives up.

There's also Lorenzo, who we see arguing and getting angry about the difficulties that he is facing at Ducati. And Aleix Espargaro, who is another example of a hard worker who can't hide his frustration when he doesn't reach the targets he set for himself.

To be honest, I don't see that lack of complacency in Iannone, and that's exactly the kind of attitude Suzuki must demand from the rider chosen to be its leader.

There are many who believe that Andrea's heart and mind have stopped being in the races to focus on other aspects of life - at least that's how it appears looking at what he shares on social media.

Suzuki has to give him some margin to show that his priority is still the championship, but let's make it clear: it's him who has to show the best version of himself. And he must do it soon.

In the regrettable case that he doesn't do it, Suzuki bosses will have to start thinking about how to break the two-year-contract they signed last year - not only in order to improve the team's statistics and to try to continue with the bike's progress, but also because Alex Rins is hugely talented but needs a guide to lead the way.