Tom Luthi believes the crisis that enveloped the Marc VDS MotoGP team during the 2018 campaign hurt him more than teammate Franco Morbidelli.

The pair made up an all-rookie line-up at the Honda satellite team after Morbidelli had beaten Luthi to the Moto2 title the year before.

But while the Italian put 50 points on the board and finished as rookie of the year, Luthi lagged well behind and ended the season as the only full-timer to not score any points.

Reflecting on his season, Luthi reckons he had paid the price for missing 2017 post-season testing due to injury – and that his progress was then stymied by conflict between team owner Marc van der Straten and team boss Michael Bartholemy that erupted in May.

“What happened... I think I could write three books,” Luthi, who will return to Moto2 next year, told Motorsport.com of his campaign.

“What was clearly a mistake of mine, what I underestimated, were the tests in November, which I missed due to the injury. I thought I could make up for that, and with good work and support it can be done. But I was too far away and we couldn't close the gap.

“Then the season started and things were not so bad in Qatar. But I still had no idea. It just rode. I was close to the points, but I didn't have a clue about tyre management, fuel economy and so on during the race.

“Then later the bang in the team came, which really hurt me more than, for example, Franco."

Bartholemy was ultimately removed from his Marc VDS role, while the team itself exited the premier class at the conclusion of the season.

Asked why he felt Morbidelli was less impacted by the upheaval, Luthi said: “His environment might have made him a little more independent from the team than I was. That's also a point from which I can learn.” 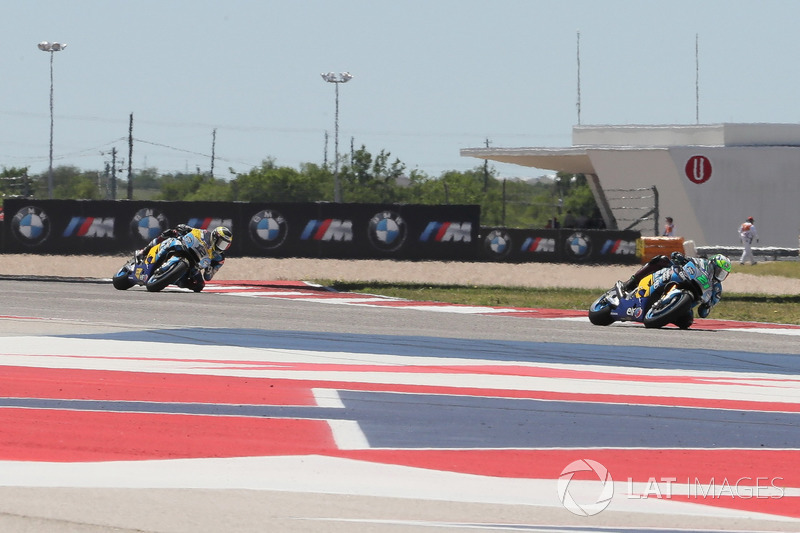 Luthi, who consistently lacked confidence with the front of notoriously difficult Honda, said he was left wondering whether taking crew chief Gilles Bigot with him from Moto2 was a mistake.

He also admitted that he was puzzled by the fact he couldn't make any inroads into the gap to Morbidelli as the campaign progressed.

“That's what I've been thinking about, of course. What happened? He could take steps forward while I stood still with the problems I had.

“Of course the cooperation inside the crew and the support is also very, very important. You also need information from the outside to be able to develop further.

“Maybe those informations were missing somewhere. Sometimes I felt a bit lost. Sounds stupid, but that's the way it is.

“I didn't know what to do because nothing went forward. I was of course frustrated and disappointed, and I didn't really know what the reasons were.”

The Swiss rider hinted that Morbidelli, who moves to the Petronas team next year and impressed in his first test with the Yamaha bike, benefitted from having Valentino Rossi as his mentor, as “if he [Rossi] says anything, it happens”.

Luthi stressed however: “I'm not saying he [Morbidelli] had more support from Honda. That would be wrong.

“He's doing a good job, I have to say that quite clearly. He just does a few things better than me. But that doesn't mean that I can't put it into practice and learn it.”

Luthi conceded that motivation had ultimately dipped within his crew as the season wound down.

“From my side it was always clear that I wanted to fight, fight, fight until the chequered flag of the last race. But of course I can't do it alone.

“In any case, there was already a phase when the motivation went down - even in the [pit] box. And then, of course, it's difficult.

“I don't blame anyone for anything. It is difficult when there is no success. There is no future [for the team] anyway, everyone is gone. It all just came together.” 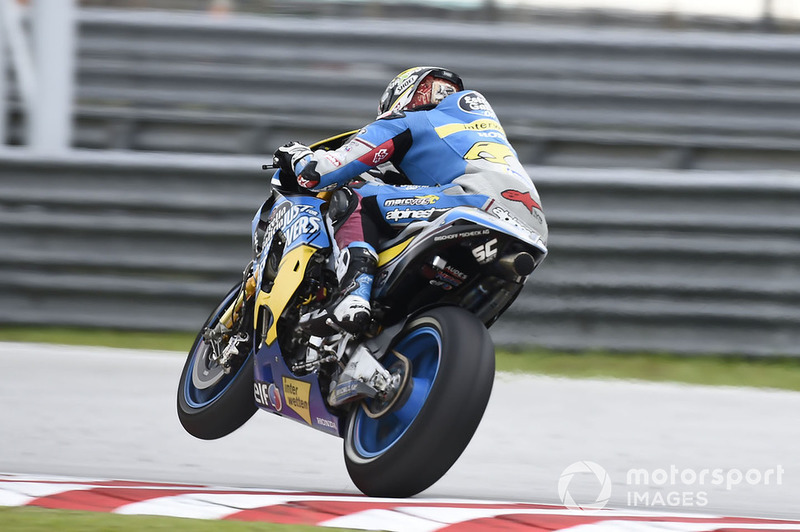