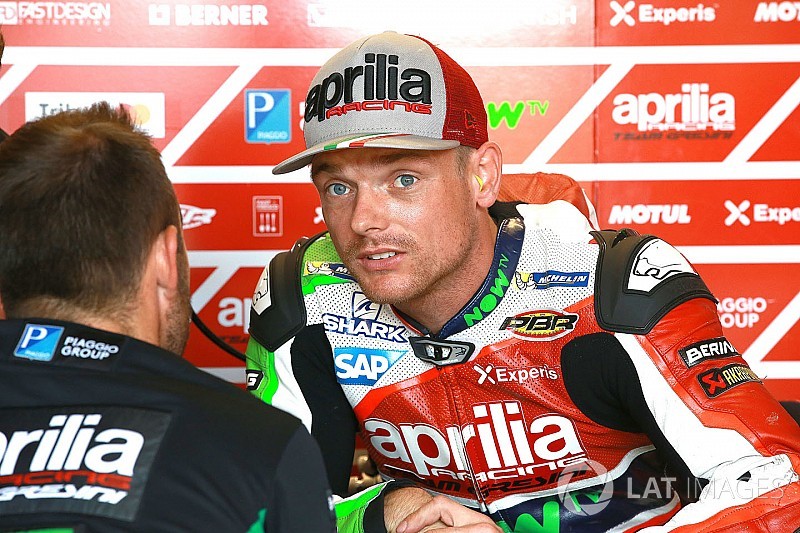 The news broke on Friday morning that Lowes had been dropped by the Italian manufacturer, with Pramac Ducati rider Scott Redding set to take his place alongside Aleix Espargaro in 2018.

While Aprilia has yet to issue official confirmation that it is parting ways with Lowes, the British rider's manager Burnett confirmed the news, saying he was notified of the decision on Thursday.

"In the Aprilia agreement, there was a window of opportunity between the 10th and the 15th of August when they could actually issue a notice of termination," Burnett told BT Sport.

"And they actually did that yesterday [the 10th], so that’s official.

"It’s not ideal, and it’s a shock and a surprise, because what they expected from a rookie, with a brand new bike, with a teammate that’s going in different directions… I’m not quite sure.

Former World Supersport champion and Moto2 race-winner Lowes currently lies 24th in the riders' standings with just two points to his name, and now faces a struggle to stay in MotoGP.

Only Marc VDS Honda and satellite Ducati squads Avintia and Aspar have seats left to fill for next season, with the first-named Lowes' likely only shot at staying on the grid.

"It's no secret that there is a slot at Marc VDS, and I'm very much hoping to enter into discussions over the course of the weekend," added Burnett.

"How that's going to play out, I'm not quite sure."