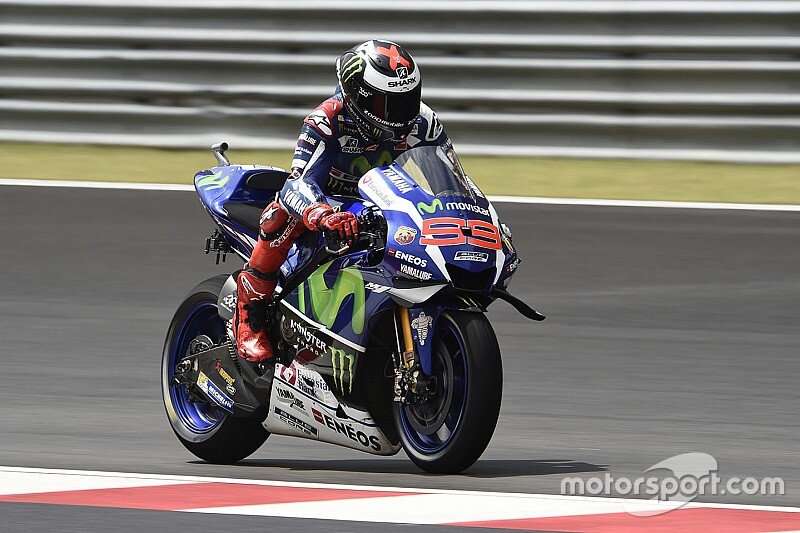 Jorge Lorenzo says the Yamaha MotoGP bike is "still ideal for my riding style", after sampling the latest-specification M1 in the Sepang shakedown.

Lorenzo won three MotoGP titles during his nine seasons as a works Yamaha rider, before leaving to compete for Ducati and then Honda.

Injuries and subpar form on the Honda RC213V bike forced him into retirement from full-time MotoGP competition last year, but he was swiftly snapped up by Yamaha in a test rider role, and rode its MotoGP bike for the first time in over three years on Tuesday.

"It has been a long-awaited day," Lorenzo wrote on social media afterwards. "I was a little nervous to understand several things - whether the motorcycle had changed a lot in three years, whether it had lost some of its strengths, but I have seen that, no, the characteristics of the motorcycle remain the same.

"It has many strengths, and some weaknesses that we have already analysed to improve them in the future.

"Immediately I have seen that the bike is still amenable, with a smooth engine, not very physical for the rider. For my riding style it is ideal, it is still ideal."

Lorenzo completed 46 laps on Tuesday, and was a second off the pace-setting KTM of Pol Espargaro.

"Getting on a motorcycle after three months - on a Yamaha after three years - is a long time, so I had to start off slowly but I improved by a second with each run," Lorenzo added.

"In the end we stayed a second behind first place, a quite acceptable time for the first day and with so few laps.

"I am happy, the team is perfect, the bike is still very competitive and I am sure that with everyone's work we will improve it even more."