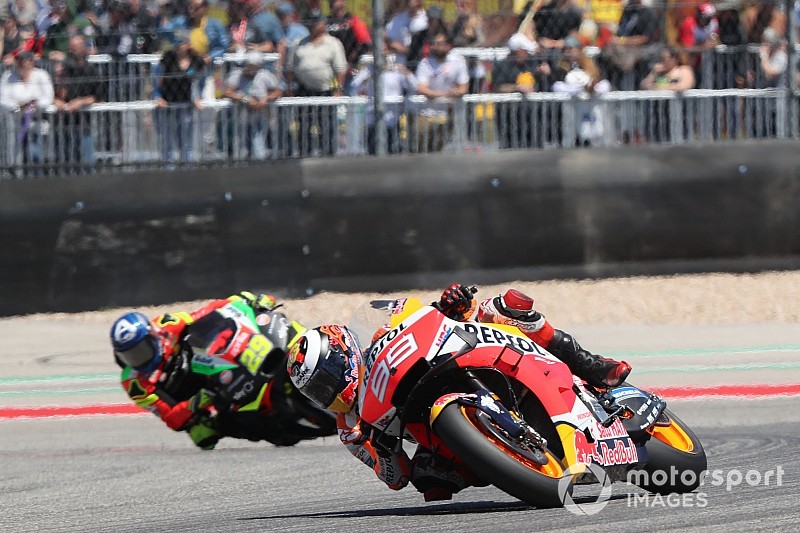 Jorge Lorenzo says he was making "strange mistakes" in the opening stages of the Grand Prix of the Americas before his Honda MotoGP bike failed.

Lorenzo qualified 11th for his third MotoGP race as a Repsol Honda rider at Austin, slumped to 15th in the opening laps and recovered to 10th before his RC213V ground to a halt just after half-distance.

Crashes for Marc Marquez and Cal Crutchlow compounded a miserable race for Honda, whose only finisher was Takaaki Nakagami in 10th place.

Lorenzo said he did not know the cause of the stoppage, although he clarified it was not a jumped chain, the problem which disrupted his qualifying. But he did reveal he was suffering some problems with the brakes, which led to him running wide and dropping positions.

"At the beginning it was not easy," recalled Lorenzo. "The start was good, we missed a bit of power after releasing the clutch so some bikes overtook me, but I made up one or two positions.

"This track is quite complicated because of the hairpins and the chicanes; you need to pay extra attention for not making any mistake and crash with another rider. So I was a little bit cautious.

"At the beginning of the race with a full tank it was difficult to stop, I made some strange mistakes for me because normally I don’t make mistakes. I went out of the track twice because I couldn’t stop the bike. I lost one or two positions more."

Lorenzo added he believes the problem cost him a potential top-10 finish.

"When I could stay focused, the pace was not extraordinary obviously compared to Marc, for example, but I could be a bit faster than the warm-up," he said.

"Our real position was eighth or ninth, better than Qatar or Argentina. It would have been a better race, but we didn’t finish."

Lorenzo has scored only seven points from the opening three races of 2019, having suffered a clutch issue in Qatar and then accidentally hitting the pitlane limiter at the start in Argentina.

"Obviously very disappointed," said Lorenzo. "These three races happen three different things that stop us getting better results, especially this one that stopped us finishing the race.

"Just completely bad luck. There are championships where everything goes perfect, like I had in 2010 for example, and this one for the moment has been more or less the opposite." 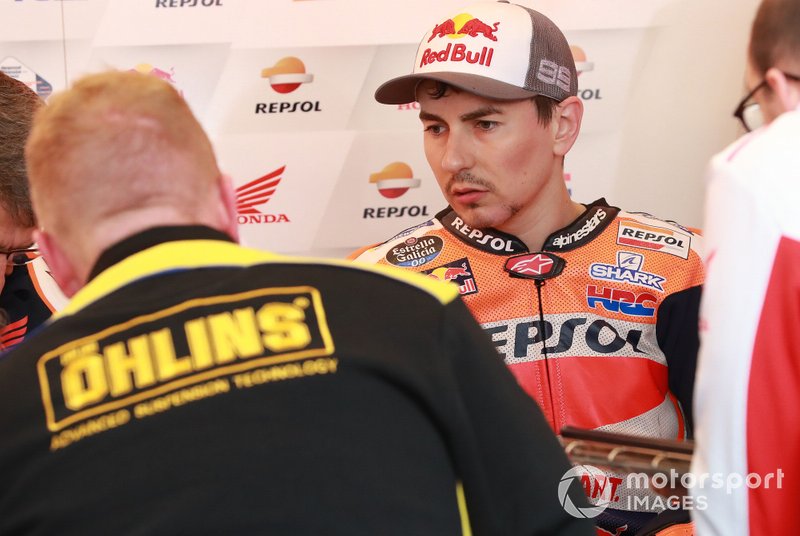