Lorenzo: Pushing to qualify better 'not worth it'

Injured Honda MotoGP rider Jorge Lorenzo says it was “not worth it” to push any harder in British Grand Prix qualifying to advance on a season-worst 21st position.

Lorenzo is making his comeback at Silverstone this weekend following two months on the sidelines to recover from a back injury sustained in a practice crash at June’s Dutch TT.

Failing to crack the top 20 all weekend throughout practice, Lorenzo was 0.862 seconds adrift of struggling Tech 3 KTM rider Hafizh Syahrin in Q1 and ended up 3.4s off of Honda teammate Marc Marquez’s pole time.

After admitting on Friday he had a greater “fear” of crashing and aggravating his injuries, Lorenzo said pushing to bridge the gap to Syahrin would have made him “risk a lot”.

“I’m almost a second behind Syahrin, and to go a second faster I have to risk a lot and now it’s not worth it,” Lorenzo said.

“With the body I have now, it’s already a lot to do the race. I can’t stop [at] the limit because my physical condition won’t let me.

“We have changed the ergonomics to be more comfortable and it has worked. But apart from a little electronics and tyre testing, we didn’t make any major changes.

“In qualifying, with the tyres I had I nibbled something [back in laptime], but the difference with the fastest riders is big. I couldn’t do more today.”

Despite his current physical state and the risks posed to his still-healing body, Lorenzo still believes it is still worth racing on Sunday as “race pace” will act as the “best training to recoup my muscle mass”.

Conceding his “priority is not to fall”, Lorenzo added: “Is it worth trying? I think so. It’s always a risk to get on a MotoGP bike.

“I’m here to try this weekend, especially the race, because race pace is the best training to recoup my muscle mass. In reality, trying to finish a few positions ahead is just a risk and not worth it in my condition.

“I take this race as a workout. The race will be tough and long, and it will be difficult to finish it. But this is my mission.” 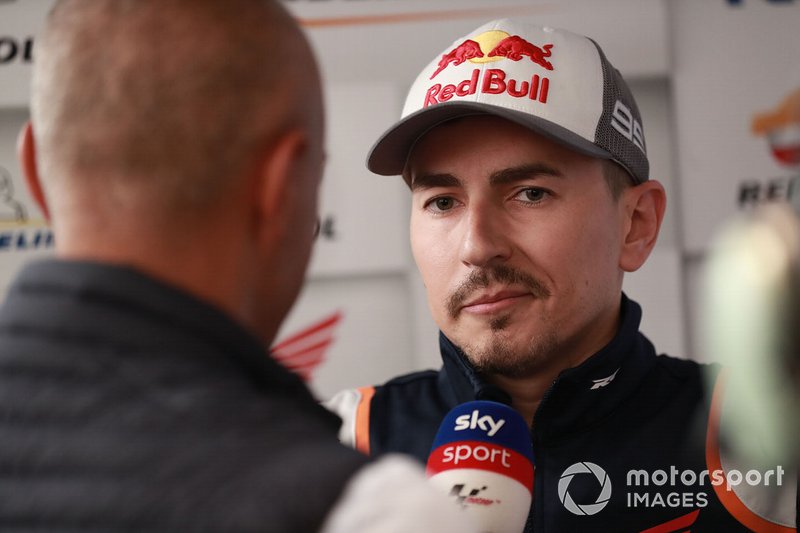