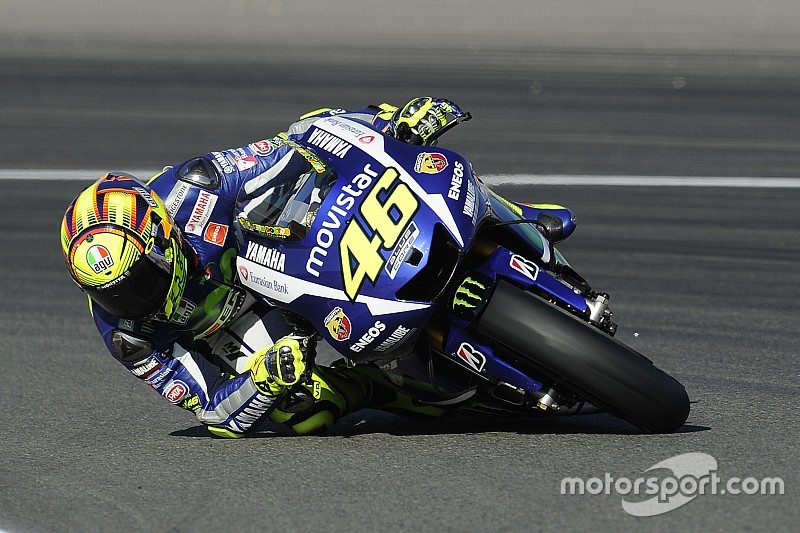 Jorge Lorenzo believes Yamaha teammate Valentino Rossi is showing his frustration for having missed what the Spaniard reckons was his final shot at winning a MotoGP championship.

Rossi lost out to the 2015 title to Lorenzo after the Spanish rider won the season finale in Valencia, where the Italian could only finish in fourth after having started from the back of the grid.

Nine-time world champion Rossi had led the championship for 17 rounds before losing out to Lorenzo on Sunday.

Lorenzo reckons Rossi's frustration is understandable because he thinks this year's was his final opportunity to grab his 10th title.

The Spaniard also believes Rossi would have been champion had he been as quick as him or Honda rival Marc Marquez.

"It's obvious there are younger riders who are faster than him, and the statistics prove that," Lorenzo told Spanish media.

"It must be a bit frustrating to not have the speed that would have allowed him to win more races and arrive in Valencia with a bigger advantage.

"I don't know what will happen in the future, but probably, like it will happen to me, this was his final chance to be world champion."

He added: "All this controversy and comments would not have happened if Valentino has been as quick as Marc and me, and if he had won more races.

"With a bit more speed and his consistency, and without what happened at Sepang, he would have arrived in Valencia with a clear advantage and he would have won the title easily.

"That didn't happen and he knows he has let the chance to win his 10th title get away, and that's not easy to accept."

Lorenzo, who took his third MotoGP title by five points, has no doubts that he deserved the crown.

"At the end of the day the winner is the one with the most points, that's how the championship works," he said.

"But you also have to look at how the season has gone, the speed, the statistics, and those show that we deserve the championship and that's why we have to hold our heads up high and enjoy it as much as we can."

Honda: “No evidence” for Rossi accusations against Marquez

Rossi: "I don't know where it will end" with Marquez