Lorenzo could ride satellite Yamaha in 2019 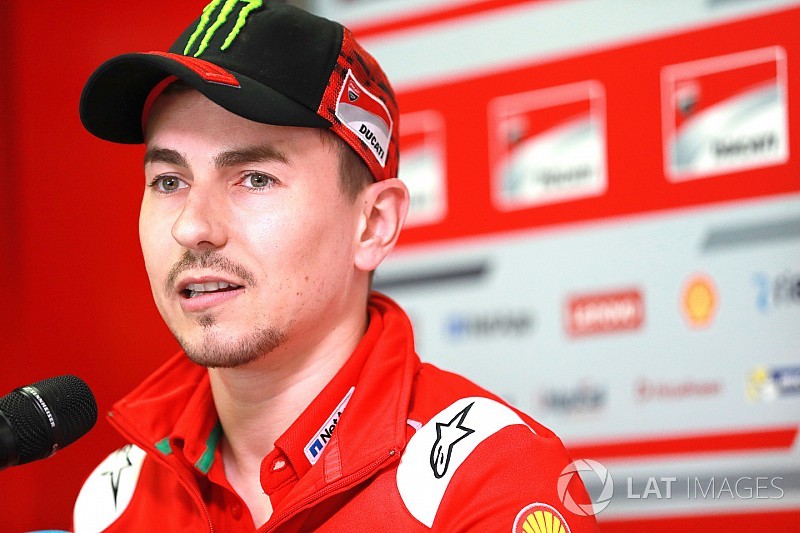 Three-time MotoGP world champion Jorge Lorenzo could wind up on a satellite Yamaha bike next year, with opportunities dwindling for him to secure a factory team spot.

Lorenzo, who secured all 44 of his MotoGP wins and all three of his titles as a works Yamaha rider, has struggled to replicate his frontrunning form since switching to Ducati on a two-year deal in 2017.

And while Lorenzo had emerged as a candidate to replace Andrea Iannone at Suzuki, that ride now looks earmarked for Moto2 star and fellow Mallorcan Joan Mir.

Faced with narrowing factory options, Lorenzo has been exploring a possibility to reunite with the Yamaha M1-YZR bike that he previously found success with. His situation is being followed closely by MotoGP promoter Dorna, understood to be keen to keep the three-time champion on the grid.

Yamaha will lose long-time partner Tech 3 to KTM next year, and thus does not currently have a satellite team deal firmed up for 2019.

Any such deal, which could then incorporate Lorenzo, would likely have to be with the Marc VDS outfit, which has been in negotiations to replace its Hondas with Yamahas but has been recently rocked by internal conflict between team owner Marc van der Straten and team manager Michael Bartholemy.

Should all the pieces come together – including not only the approval of all relevant parties, but a sponsor to cover the costs, Lorenzo's salary among them – the Spaniard is likely to find himself lining up alongside Marc VDS' current rider and reigning Moto2 champion Franco Morbidelli.

During his years as a Yamaha factory rider, Lorenzo had a famously difficult relationship with Valentino Rossi, who remains at the works outfit.

But it is understood Yamaha, which has itself endured a largely frustrating time in MotoGP since Lorenzo's departure, is not opposed to bringing the Spaniard back into the fold.

Dovizioso "must believe" he can close 49-point deficit