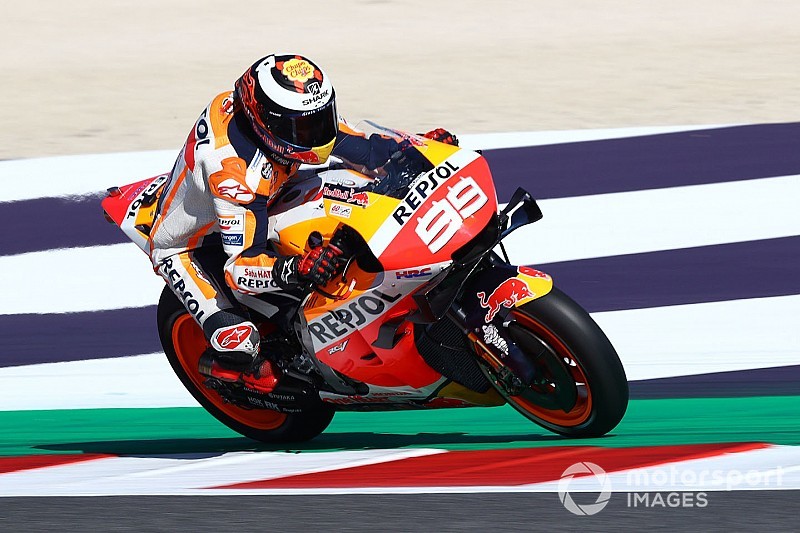 Honda MotoGP rider Jorge Lorenzo expects his physical condition to worsen over the San Marino Grand Prix weekend as he continues to recover from a back injury.

Lorenzo fractured his back in a crash at the Assen round, and missed four races as a result before returning to action last time out at Silverstone – where he was 14th at the end of a “survival” weekend.

Though he is feeling “better” at Misano than he did at the British Grand Prix, he concedes he will “get worse” as the weekend progresses.

“But in general I'm better than in Silverstone, so I can push a little bit more, in the corners, in the braking, so this also shows my better speed on the track.

“We improve a little bit the bike, the setting, acquiring more grip on the rear, that's important. We need to keep working on this situation.”

Lorenzo was 1.3 seconds off the pace in 17th at the end of practice, but did find a laptime gain of 1.1s between FP1 and FP2.

Earlier this week Honda team boss Alberto Puig said Lorenzo’s struggles on the bike this year were down to a lack of “courage and willingness” – which Lorenzo refuted on Thursday.

When asked if he was motivated by Puig’s comments, Lorenzo denied this, and even defended his boss’s criticism of him as being taken out of context by the press.

“No, [that] doesn’t matter,” Lorenzo said of Puig’s comments. “I didn't hear the interview from Alberto, but I think the written media didn't put exactly what he said.

“I think they shortened what he said, so it's difficult to make a judgment. And even what I read, I don't see any big thing.

“It’s his opinion and I respect his opinion. I didn't push more today because of that, and I don't think he made any big criticism of myself. 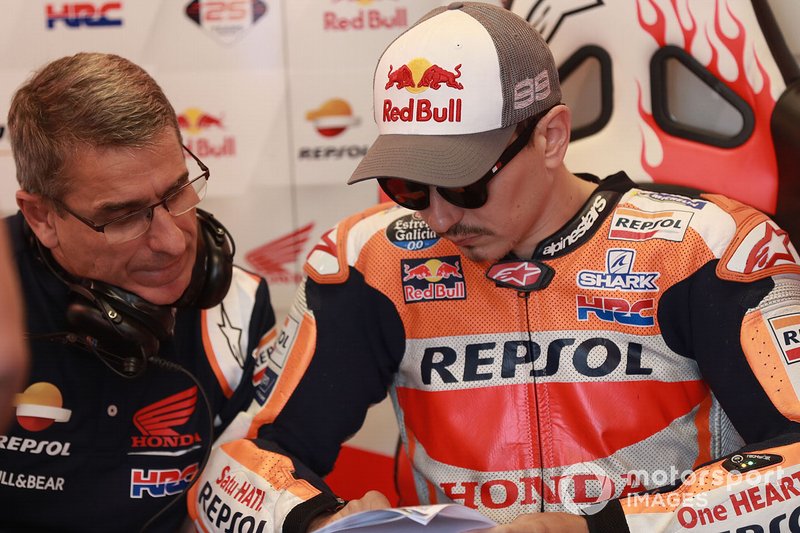 Rossi "surprised" to see all Yamahas fast in Misano