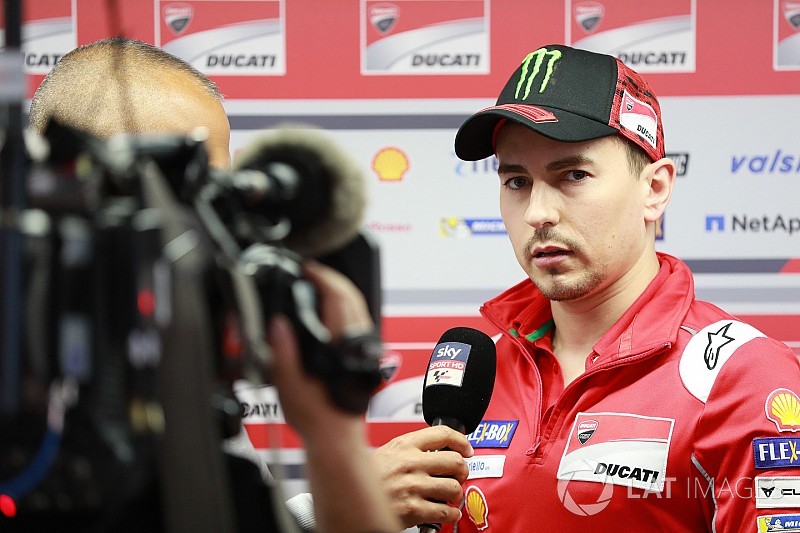 Jorge Lorenzo has responded to Ducati CEO Claudio Domenicali's comments about the Spaniard's failure to succeed during his tenure with the Italian manufacturer in MotoGP.

Three-time premier class champion Lorenzo is looking increasingly likely to part ways with Ducati after a troubled season-and-a-half with the Bologna marque that has yet to yield a race win.

Pramac rider Danilo Petrucci suggested after the previous race at Le Mans that Ducati would choose either him or teammate Jack Miller to partner Andrea Dovizioso at the works team in 2019.

That was followed by Domenicali expressing regret during a media event that Ducati's gamble on Lorenzo, whom it lured from Yamaha at great expense, had not paid off.

"Lorenzo is a great rider who has not succeeded in getting the best from our bike, a bike that has great strengths and some weaknesses," said Domenicali.

"Unfortunately neither him nor the technicians have managed to make the most of his talent. This is a bit of bitterness that remains."

Addressing those remarks on Thursday at Mugello, Lorenzo said he was beginning to look at alternatives to remain on the MotoGP grid in 2019 while underlining his pedigree.

"We are looking at other options [besides Ducati]," said Lorenzo. "I won't comment on Domenicali's remarks. I'll only say that I'm not [just] a great rider, I'm a champion."

Lorenzo also moved to dismiss rumours he could decide to retire from MotoGP, alluding to potential plans for him to ride a factory-backed Yamaha at a satellite team next season.

"I will continue the next two years, I will not retire," he said. "And it will be with a good bike. It's the only thing that I can say. I guess at Montmelo [Barcelona, in mid-June] I will have more information."