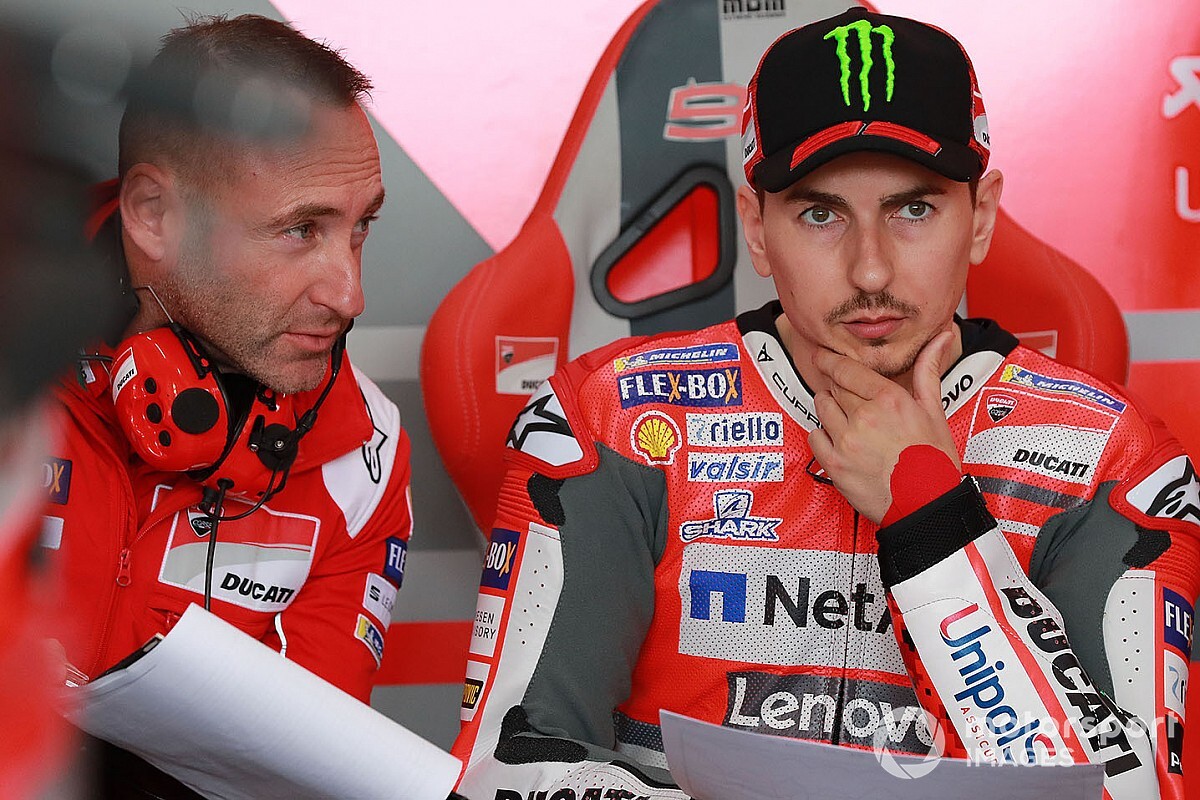 Jorge Lorenzo has rubbished rumours linking him with a return to Ducati in 2021, but admits he feels he’s still “capable” of winning the MotoGP title with the “right tools”.

Three-time premier class champion Lorenzo retired from racing at the end of the 2019 campaign following a miserable debut season on the factory Honda, and has since returned to Yamaha as its official test rider in the winter.

Lorenzo was due to make his race return as a wildcard at the Catalan Grand Prix with Yamaha, before the coronavirus pandemic resulted in the race being postponed and MotoGP banning wildcard outings for this year to cut down on paddock numbers.

Linked briefly to a potential Petronas Yamaha move for 2021, Lorenzo has since been rumoured to be in the frame to rejoin Ducati – with whom he raced in 2017 and 2018, and won three races – amid slow talks between the Italian marque and Andrea Dovizioso.

However, in an interview with the official MotoGP website, Lorenzo moved to quash such speculation, saying: “It’s not true.

“It’s true that I have a very good relationship with Gigi [Dall’Igna, Ducati general manager] from when we were together winning races in 125cc with Derbi, we won two championships [in the 250cc class with Aprilia], we believe in each other a lot.

“And we have a human relationship, so he called me on my birthday and we spoke a little bit about life, about the family. But nothing more, nothing professional.

"For the moment I’m very much enjoying the things I couldn’t do when I was a professional racer, but I cannot tell you that I don’t miss the winning feeling and the celebrations with the team.

“So that’s why I said that if the opportunity, or the call to win the championship arrived, I will hear it and I will study it, because for me the thing that wakes me up and makes me motivated is winning.

“I still believe at 33 years old I am capable – with the right tools – to still win the championship. So, for the moment this call didn’t arrive, so I cannot study this situation at the moment.

“And for me there is only two possibilities to have the right tools to win – Yamaha, that has more or less already signed its four riders [for 2021] and Ducati. There are no more chances.”