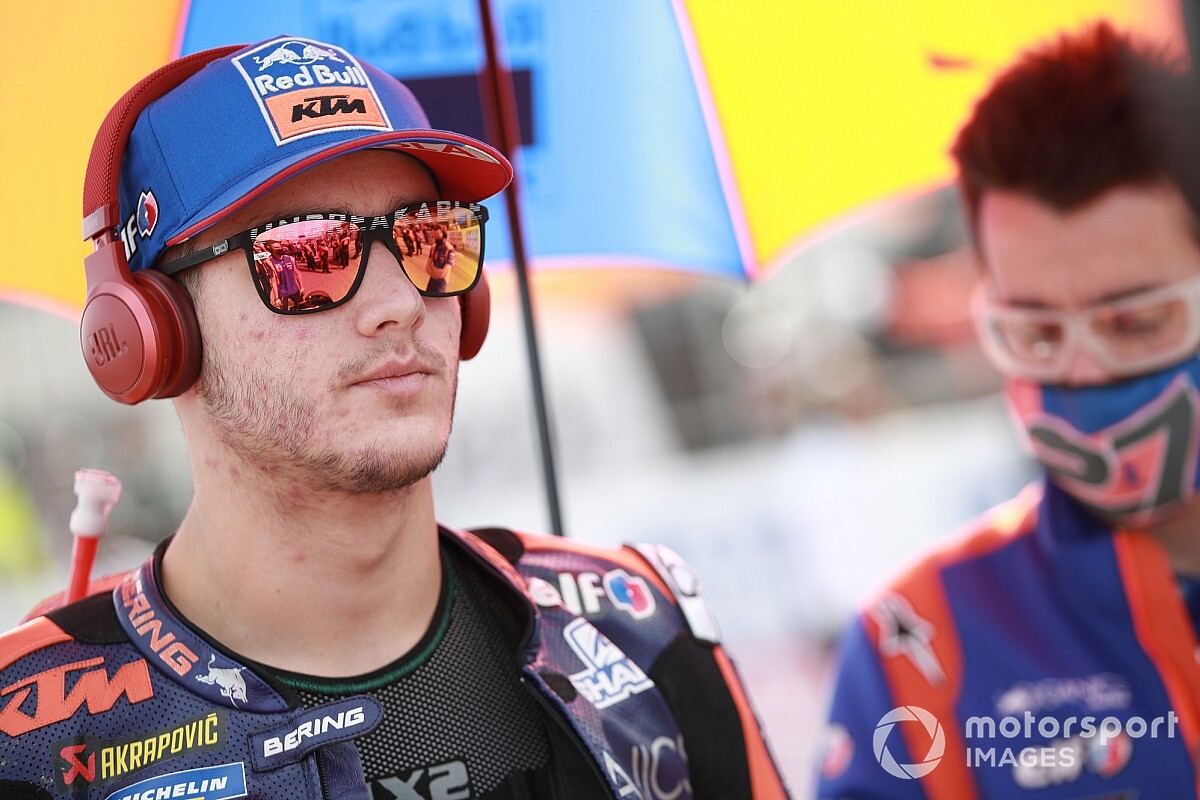 The Spaniard was ruled out of last weekend’s European GP after being forced into a 10-day quarantine when his brother and assistant tested positive for the virus.

Lecuona was initially cleared to return to action this week and travelled from Andorra to Valencia early this morning, where upon arrival he underwent another PCR test.

The test returned a positive result and Lecuona will now have to sit out this weekend’s Valencia race as well.

He is currently asymptomatic and will undergo tests next week to see if he can race in the Portugal finale.

“We have sad news today,” Tech 3 boss Herve Poncharal said. “Although Iker has been tested negative three times, the last test he took this morning at the entrance of the circuit showed positive.

“Therefore, he won’t be able to enter the circuit and participate at the Gran Premio de la Comunitat Valenciana.

“He will be tested furthermore in order to understand if he can fly to Portugal to participate at the last grand prix of the season in Portimao.”

Lecuona made his MotoGP debut at the Valencia GP last year in place of an injured Miguel Oliveira, with the team admitting it had high hopes for his return to the Ricardo Tormo Circuit.

Once again, Miguel Oliveira will be the sole Tech3 representative on the grid this weekend.

The nine-time grand prix world champion was ruled out of the Aragon double-header after testing positive for the disease, but was cleared to return last weekend.

His participation in this week’s race was placed in doubt when a PCR test on Tuesday returned a positive result – though the viral load was very low and he has since passed further tests.

Within the KTM family, Moto2 rider Jorge Martin was forced to miss the Misano double-header in September when he became the first grand prix rider to test positive for the virus.

MotoGP on TV today – How can I watch qualifying for the Valencia GP?

Lecuona ruled out of European GP due to quarantine rules

Petrucci was first to "believe" in KTM's promise