Tech 3’s Iker Lecuona says his final MotoGP outing at the Valencia Grand Prix was “tough to manage” as pre-race tears left his mind “in another world” at the start.

The 21-year-old has lost his MotoGP ride for the 2022 season at Tech 3 KTM in favour of 2021 Moto2 runner-up Raul Fernandez, while world champion Remy Gardner will take Danilo Petrucci’s place.

Lecuona’s time in MotoGP has been tough, with his debut season last year coming after he’d contested 89 fewer grands prix than fellow KTM rookie Brad Binder having only made his circuit racing debut on production machinery in 2015.

He then missed the last three races of 2020 having come into form due to COVID-19, while the start to 2021 was tough as all KTM runner struggled on the new RC213V.

Scoring top eight results in Austria and Britain, Lecuona capped off his final MotoGP race for now ahead of his World Superbike switch 15th in Valencia.

“Difficult to manage, honestly,” Lecuona said when asked by Motorsport.com how his final MotoGP outing went.

“During the weekend I didn’t feel nothing, and it’s true that it just felt like one weekend more.

“When the race comes, before one hour to start, I felt nervous, and when I’m on the grid I arrived, I was fine, I go back to the box as always.

“And when I came back, I put the helmet on, when I said goodbye to some parts of the team before the start, I needed to close the visor because I started to cry.

“So, it was not easy to manage. The start was bad, when I arrived to corner one, I didn’t see anything.

“When I arrived to corner two some riders overtook me, four, five – I don’t know.

“I didn’t have the focus on the race, honestly, I had my mind in another world.

“I needed some laps to calm my mind and start to feel good on the bike. Finally, we finished with one point, it’s finished.

“Taking one point for me is good because I lost a lot of time to the top 10, we were fast, I enjoyed a lot.” 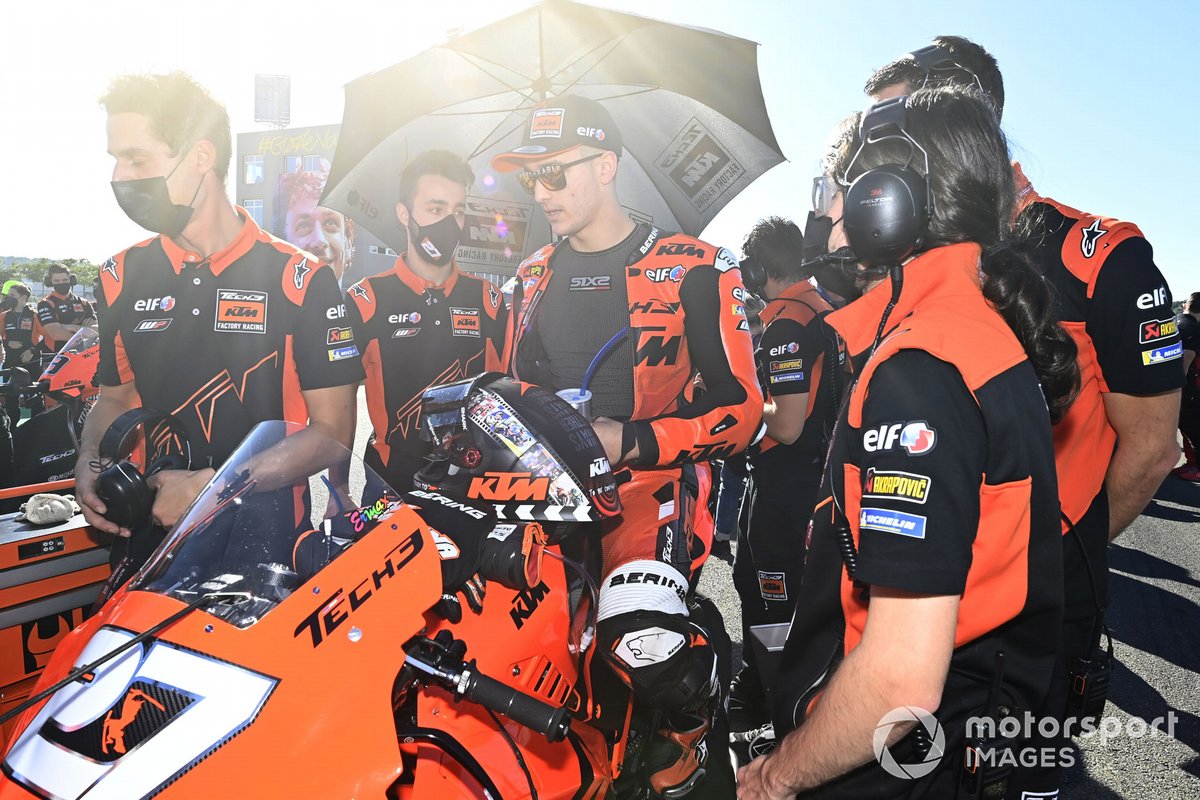 Reflecting on his time in the premier class, Lecuona says he’s “pissed off” at how this year started as he feels he deserves to be in MotoGP.

“For me, like I say always, when I have the opportunity, I try to take it and use,” he added.

“In this case, I used this opportunity, I was in MotoGP for two years. But inside of me I don’t feel frustration for these two years – there’s a lot [of frustration] from the first part because I struggled a lot, I didn’t expect it, also for myself I don’t work enough during the winter test and I had a lot of personal problems during the first races.

“So, I needed time to start to improve. So, for me it’s a bit of everything.

“I don’t want to say goodbye to MotoGP but finally life is like this, everything happens for something.

“I’m happy to stay here but I’m pissed off for the start of the year because I know my potential, I feel like I can stay in MotoGP for a lot of time. But I cannot say I can’t come back.”

Rins "expected" crash in MotoGP finale while fighting for win