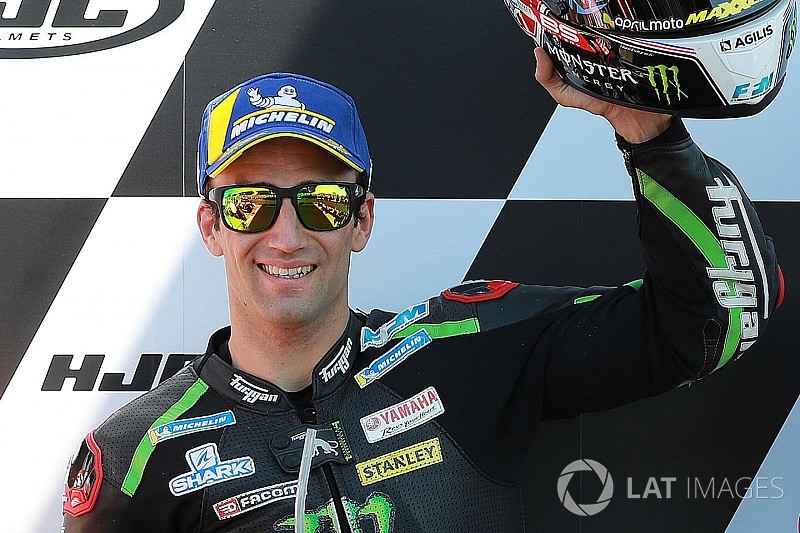 A last-ditch lap of 1m31.185s - a new MotoGP track record around the Bugatti circuit - was enough for Zarco to claim his second pole of the season and the fourth of his fledgling premier class career.

The Frenchman led the opening runs with a time of 1m31.645s, putting him within a whisker of Maverick Vinales' FP3 benchmark, itself a new record until it was beaten by several riders in qualifying.

First to go underneath that marker was Jorge Lorenzo on a 1m31.590s, before Marquez posted a 1m31.315s moments later to snatch the top spot away from the Ducati rider.

But Zarco then managed to go 0.130s faster on his final lap aboard his two-year-old Yamaha, with Honda man Marquez only managing a marginal improvement on his last tour to end up 0.108s down.

Q1 pacesetter Danilo Petrucci (Pramac) surged to third place on the best of the Ducatis, 0.196s slower than Zarco, ahead of lead Suzuki rider Andrea Iannone.

Works Yamaha duo Vinales and Valentino Rossi only managed eighth and ninth respectively, neither getting within half a second of Zarco.

Completing the Q2 order were Dani Pedrosa, the other rider to progress from Q1, Tito Rabat (Avintia Ducati) and Aprilia's Aleix Espargaro, who crashed at the Dunlop chicane.

Petrucci and Pedrosa were the two fastest men in Q1, but the opening session ended on a sour note as Cal Crutchlow suffered a huge high-side crash at the Garage Vert double right-hander.

The LCR Honda rider was flung from his bike and high into the air as it went sideways exiting the corner, before landing awkwardly on his back. He was taken away on a stretcher, but gave the crowd a thumbs-up before he was placed in the back of an ambulance.

Crutchlow had been third-fastest before his crash, meaning he will start Sunday's race from 13th – if he is deemed fit to compete – ahead of Tech 3's Hafizh Syahrin and the second Suzuki of Alex Rins.

Scott Redding's miserable weekend continued as he qualified 22nd on the second Aprilia.