© 2021 Motorsport Network. All rights reserved.
TV Buy tickets Store
Previous / Espargaro 'doesn’t know how to push' after "strange" Friday Next / Rossi: My 2020 form would have convinced me to stay in MotoGP
MotoGP / Breaking news

A Honda employee working for the LCR MotoGP team has tested positive for COVID-19 and has been immediately isolated, as are those who were in direct contact. 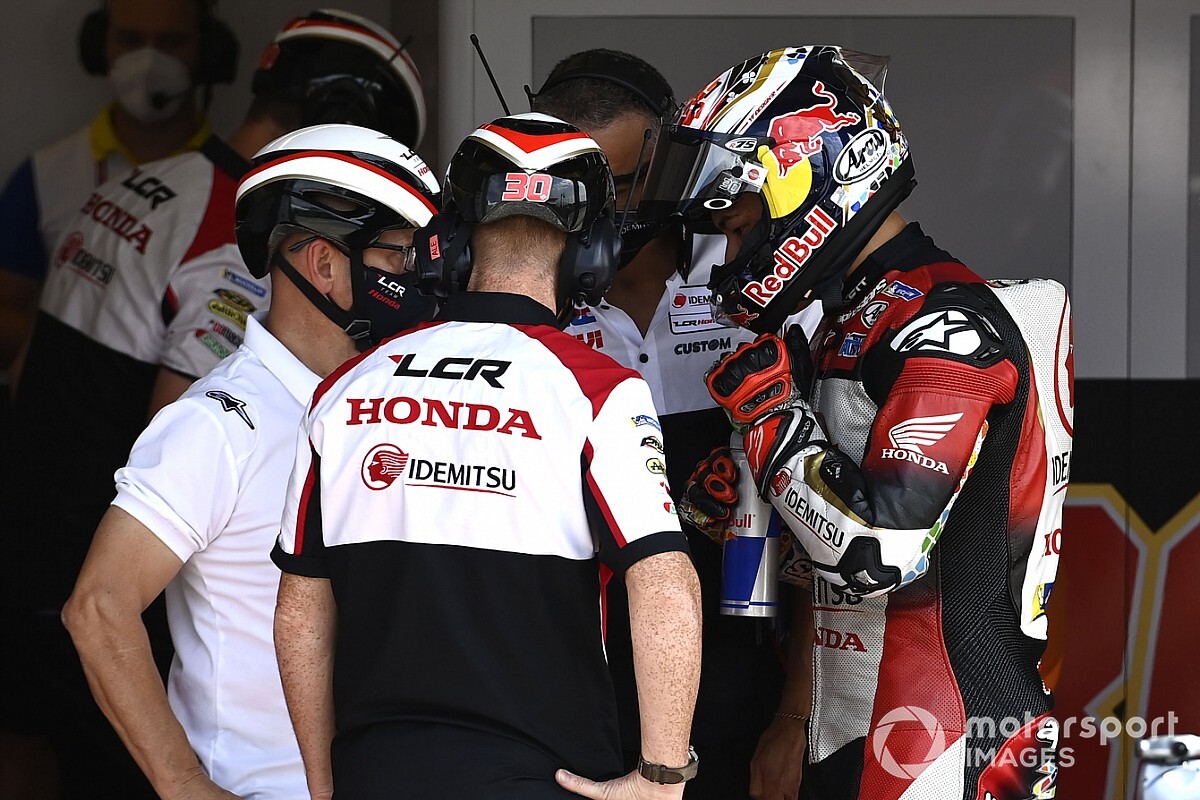 LCR confirmed on its social media channels that someone from Honda has tested positive for the virus, while the three with Category 1 contact have been isolated having undergone tests which returned negative results.

MotoGP has strict COVID-19 prevention protocols in place, with valid negative tests required prior to entering the paddock and further tests administered during race weekends. As part of these measures, paddock numbers have been reduced and most races have been run without fans.

“Unfortunately, today a member of HRC team working for LCR Honda has tested positive for Covid-19, being immediately isolated,” the statement from LCR read. “The three members with Category 1 contact have been isolated and tested, returning negative results.

“HRC has already deployed new technicians, tested negative so [Cal] Crutchlow and [Takaaki] Nakagami will be fully supported as always.”

So far, only a handful of cases have been detected since the season started in July, with Moto2 frontrunner Jorge Martin the only rider so far to have caught the virus. The KTM rider was forced to miss the two Misano rounds, but is back in action for this weekend’s Catalan Grand Prix.

“Makes life more difficult of course, we’re down staff,” said Crutchlow. “But it doesn’t stop us from working hard and continuing to do our jobs in the garage. We’ve all today had another test and everyone in the garage has tested negative.

“I don’t know how they do it but it’s a fast test and we had the results within in one hour. I had two tests today, just before I went out, the nose was constantly running because you had the swab up the nose twice.

“But, it’s OK, it’s part of it and this shows how much we want to do it because we go through it all the time.”