KTM "unlucky" to sign Zarco "in the wrong moment"

Zarco’s tenure at KTM lasted just 13 races, in which the French rider took a best finish of 10th place, before he was replaced for the rest of the season by test rider Mika Kallio.

In the wake of signing for KTM last year, Zarco split with his long-time manager and mentor Laurent Fellon, likening himself at the time to a "child growing up".

Zarco’s negativity and the impact this had on team morale was cited by Beirer as one of the main reasons for bringing in Kallio to race for KTM after the Misano race.

Elaborating further, Beirer said the two-time Moto2 champion’s attitude was something he had “never” experienced in his 15 years at the helm of KTM’s motorsport division, and said Fellon’s departure had made a “huge” impact.

Asked if he felt Zarco would be able to overcome his negative mindset in the future, Beirer said: “I would say yes. I think he also realised some things and of course he will go home now and think what happened, where it went totally wrong.

“But for me something huge happened when he split with Laurent Fellon, because he was a guy who steered him better mentally. So I think we were also unlucky to get him in the wrong moment.

“At the end of the day he needs to grow up and this whole story will make him stronger.”

As well as the mental side, Beirer also emphasised Zarco’s lack of experience in developing a factory bike when reflecting on where exactly it went wrong for the Frenchman.

“Something was new [for him] in a factory team,” said the German. “You need to make your own bike. There is a basic bike and there are 100 pieces to choose from. If you choose the wrong one 10 times, the bike is completely different from your teammate’s.

“And if you want to survive as a factory rider you have to be very cool on choosing your bike, and making it an advantage for you. There I think he learnt a lot.

“He had to test many things and he was not used to that. He was before with Herve [Poncharal at Tech 3 Yamaha], he had a bike that was ready to go and he didn’t think about the bike. That made him strong, but in the end you only reach a certain level that way.

“If you want to win this championship, you have to set up your own bike with a factory team. I’m sure he’ll be better in future.” 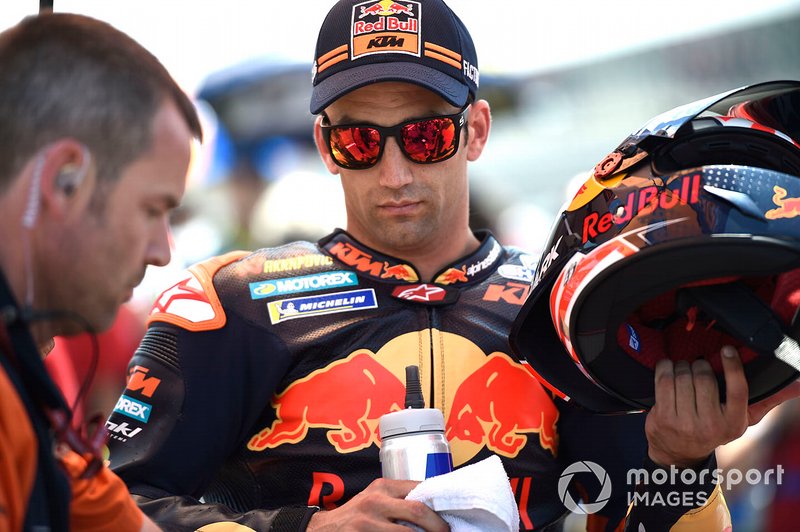