KTM tester Kallio to get five wildcard races in 2018 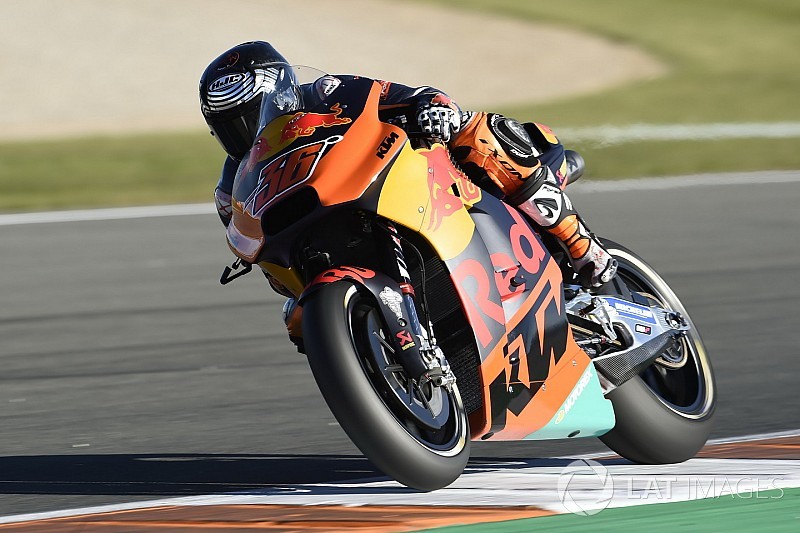 KTM test rider Mika Kallio is set to enter five MotoGP races as a wildcard next season, it has been announced.

After giving the KTM RC16 its race debut in Valencia last year, Kallio made a further four showings across the 2017 campaign, being handed outings at the Sachsenring, Red Bull Ring, Aragon and Valencia.

The Finnish veteran impressed when he took 10th place in Austria, which prompted speculation that he could be in line to replace regular rider Bradley Smith alongside Pol Espargaro for 2018.

However, KTM ultimately announced it would honour Smith's two-year deal before the end of the season, while retaining Kallio as test rider.

Now it has been confirmed that the Austrian manufacturer has lodged five wildcard applications for Kallio for 2018, and that these have been accepted.

He will make his first appearance of the year in May's Jerez race, before returning for Barcelona, the Sachsenring, Red Bull Ring and finally Aragon.

MotoGP's concession teams - which include Aprilia and Suzuki as well as KTM - are permitted to enter up to six wildcards per season, with the remaining manufacturers restricted to only three.

Tech 3 Yamaha's Johann Zarco was the highest-placed eligible rider in this year's championship standings, placing sixth, while the French squad was also the top satellite team in fourth overall.

Moto2 and Moto3 will also be given their own teams' standings next season, with both categories up to now only having had riders' and manufacturers' classifications.

Why Yamaha had its worst season in a decade

Yamaha would benefit from Zarco on 2018 bike - Poncharal