KTM has announced it has re-signed Dani Pedrosa and Mika Kallio as its official MotoGP test riders for the 2021 season.

Kallio has been a key part of KTM’s test team as it built up its MotoGP project, and gave the RC16 its race debut at the 2016 Valencia Grand Prix as well as making numerous wildcard and replacement appearances on the bike since.

KTM bolstered its test team in 2019 by signing 31-time MotoGP race winner Dani Pedrosa after his retirement from racing at the end of the previous season.

Pedrosa has been instrumental in crafting the RC16 into the race winner it now is, after Brad Binder and Tech3’s Miguel Oliveira took the bike to three victories in 2020.

Commenting on its test team for 2021, KTM boss Pit Beirer said: “We’re pleased to be able to keep the stability and all the knowledge we have with our current testing team.

“In 2020 we could show how well and how fast we are working behind-the-scenes for our MotoGP programme and both Mika and Dani’s input were important in the progress we have made.

“It’s only been four years, but it gives the whole company a lot of pride and excitement to be able to set new targets and to make more memories in MotoGP.”

Pedrosa added: “KTM is very keen to keep improving and I’m only too happy to keep working with them and helping their riders onto bigger goals.

“I want to thank Pit Beirer, Stefan Pierer and Red Bull for all their trust in me.”

Kallio stood in for Johann Zarco for the final races of the 2019 campaign after the Frenchman’s exit following the San Marino Grand Prix.

He was passed over for Zarco’s vacant seat for this season in favour of Binder, though did make a race outing in Portugal in place of Tech3 rider Iker Lecuona, who had tested positive for COVID-19.

“It is great to continue this project,” 38-year-old Kallio said.

“Five years have passed already with this crew and I cannot believe time has gone so fast.

“It has been rewarding to see the development of the bike and all the phases which have got us here.

“Especially in 2020 with victories and podiums; it has been amazing. It is good to see all the hard work and dedication paying off for everyone involved in the project.

“I have worked with KTM for eleven years now during my career, which is basically half of my whole time in racing.

“KTM is my second family and I am proud and privileged to continue being with this company.

“I think the results of this year motivate both the crew and riders towards an even better 2021, so I am already looking forward to the upcoming season. I think we have now what it takes to fight at the top.” 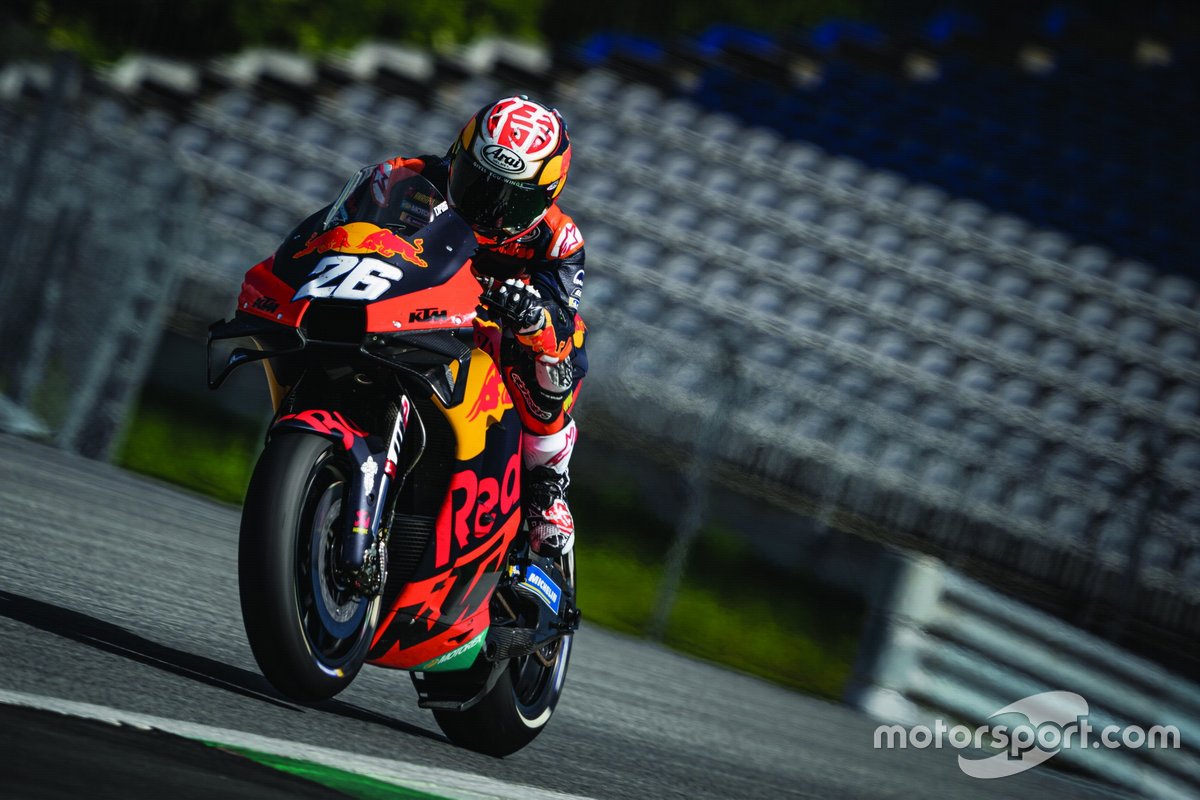 Morbidelli: ‘A-spec’ Yamaha not an advantage in 2021

KTM: We promoted riders too soon KTM admits it "pushed too many great Moto2 riders to MotoGP too quickly"