KTM to cut down on wildcards next year 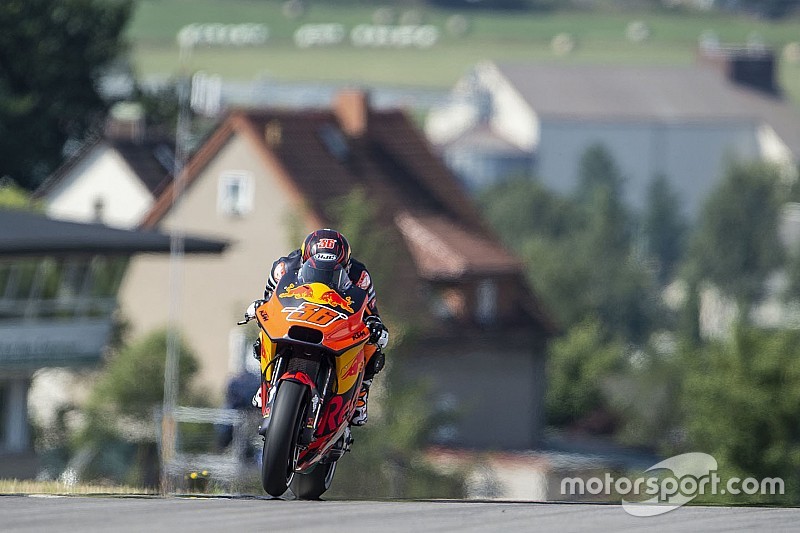 KTM MotoGP boss Pit Beirer says that the Austrian manufacturer will cut back on the number of wildcard appearances for its test riders in the future.

Test rider Mika Kallio entered four races in KTM's first full season in MotoGP last year, and was set to race five times this year before injuring his right knee in a crash at the Sachsenring, curtailing his duties for the remainder of 2018.

The Finn had been using a 2019 prototype KTM that race riders Pol Espargaro and Bradley Smith have not been able to race yet, taking 10th at Jerez but crashing on the opening lap in Barcelona.

Beirer admitted that the team gave Kallio "more wildcards than we wanted", which has had a negative effect as the test team's focus shifted too much towards racing.

And with Tech 3 adding two more KTMs to the premier class field next year, Beirer has indicated that there will be significantly fewer wildcard appearances for the Austrian marque's test riders next year.

"We planned more wildcards than we wanted, because we wanted to give Mika a chance to race more, because he was so desperate to race," he said.

"But this was also not very positive for the project because the test team starts to think too much like the race team and they want to race.

"They just want to get ready for the next weekend, and the most stupid parts, which also need to be tested, they don't do them because they focus on the race. Then you start to drift away from the job of the test team.

"We will not see - maybe even one or no wildcards from our test team in the future, that's already clear. Because [with] four riders in the race, [there's] enough race information, so the test team should focus on testing."

Kallio was free to leave for full-time ride

Kallio raced in MotoGP with Pramac Ducati in 2009 and 2010 before returning to Moto2 and then eventually taking up the KTM test rider role, and Beirer revealed that he urged the Finn to explore a race return.

This didn't materialise, and Kallio is now set to remain as one of KTM's two test riders next year.

Beirer said: "With Mika, we had a really honest talk and we told him, 'If there's a chance you could ride for a race team, maybe you should really do it', because he has that fire, it's unbelievable.

"So I gave him the chance: 'You go now six weeks and you speak to different teams, [and] if you think you can race, you should go. But if you don't get a place to race somewhere, then please accept that you are a test rider'.

"He's still a contracted replacement rider, if something goes wrong, he would immediately jump on the bike and race, but he will not race in the future with the test team.

"We had a really good talk and it clicked also with him that it's still fantastic to be part of MotoGP as a test rider, come to the races, help our riders, watch on the race track what's going on.

Former MotoGP racer Randy de Puniet has been drafted in as a replacement tester for the rest of the 2018 season.

The comeback that sealed a motorsport legend