Jack Miller says he “appreciates” Ducati’s “unusual” decision to continue giving him development parts despite his impending move to KTM in MotoGP next year.

The three-time MotoGP race winner will join KTM next year at its factory squad after signing a two-year deal to join the Austrian manufacturer, partnering Brad Binder.

Miller has been a mainstay of Ducati’s line-up since 2018, first at Pramac and then its factory squad, and has been a key asset in its development drive – the Australian being the first to trial the marque’s various ride height devices.

At the British Grand Prix on Saturday, Miller – who qualified third - trialled the ‘Stegosaurus’ wing configuration on the rear tail unit of his GP22, which made its debut on the Gresini Ducati of Enea Bastianini and Pramac bike of Jorge Martin.

This is despite Miller leaving for rival marque KTM at the end of the year, though the Australian says Ducati has been “100% honest” with him in what its plans are since he made the decision on his future.

“I mean, at the end of the day they were straight up with me,” he said when asked by Motorsport.com how valued Ducati’s decision to continue giving him updates despite his impeding exit made him feel.

“Once I told them [I was going to KTM], we had this discussion.

“It’s very unusual for a factory to continue giving the rider updates especially when the rider is leaving. 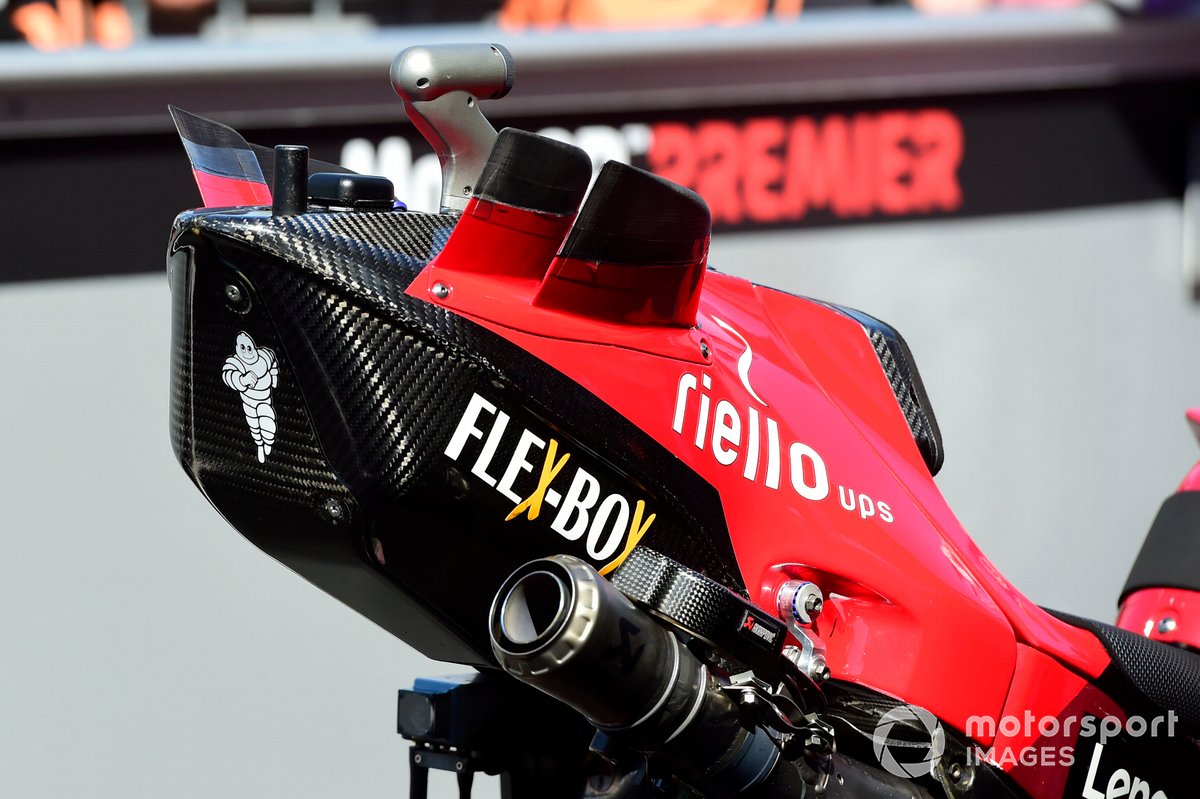 “But they’ve been 100% honest with me throughout the whole thing.

“And also you see what they do with all the bikes on the grid, they give them the maximum that they can.

“It’s in their DNA. It’s a massive thing from Gigi and those guys there and they really push for that. On that side of things, I greatly appreciate it.

“There’s nothing worse when you don’t get the updates or being locked out of getting data.

“They’re being 100% transparent with me right up until the end, so it’s nice to have that feeling for sure.”

On Friday, Bastianini said the new rear wings helped him with stability under braking, but Miller says he can feel no difference with them on his bike at present after his test on Saturday.

“In my honest opinion I can’t feel anything, except I just got to watch my leg when I put my leg on the bike,” he noted.

“But I can’t feel anything while I’m riding. We need to analyse it obviously, but for the moment nothing.”