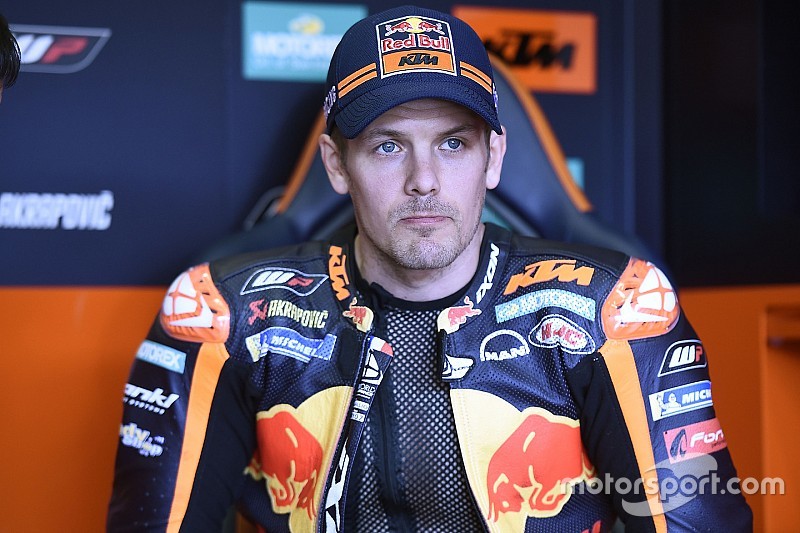 KTM test rider Mika Kallio will miss his next planned MotoGP wildcard appearance in Austria after undergoing surgery on his knee.

Kallio was taken to hospital after a heavy crash during practice at Turn 8 for the last month’s German Grand Prix, and was diagnosed with damaged ligaments in his right knee.

This injury forced the Finn to miss the Sachsenring race, and put him in doubt for KTM’s home event at the Red Bull Ring on August 12.

Now KTM has confirmed that, following successful surgery on his knee in Finland, Kallio will not be taking any part in the Austrian GP.

A team statement supplied to Motorsport.com said: “After the successful surgery on his injured right knee in Finland on Tuesday last week, the main focus now is on rehab and recovery.

“Therefore he can’t do the wildcard at the Austrian GP and also won’t be [present] at Spielberg.”

Kallio had already contested two races at Jerez and Barcelona this year before his Sachsenring accident, finishing 10th at the former venue.

He was also due to appear at Aragon in September, but it’s unclear if he will be fit for that race.

KTM also confirmed that Kallio will not be replaced in Austria, and the team will just field its two regular riders Bradley Smith and Pol Espargaro.

Espargaro fit to ride at Brno after Sachsenring crash