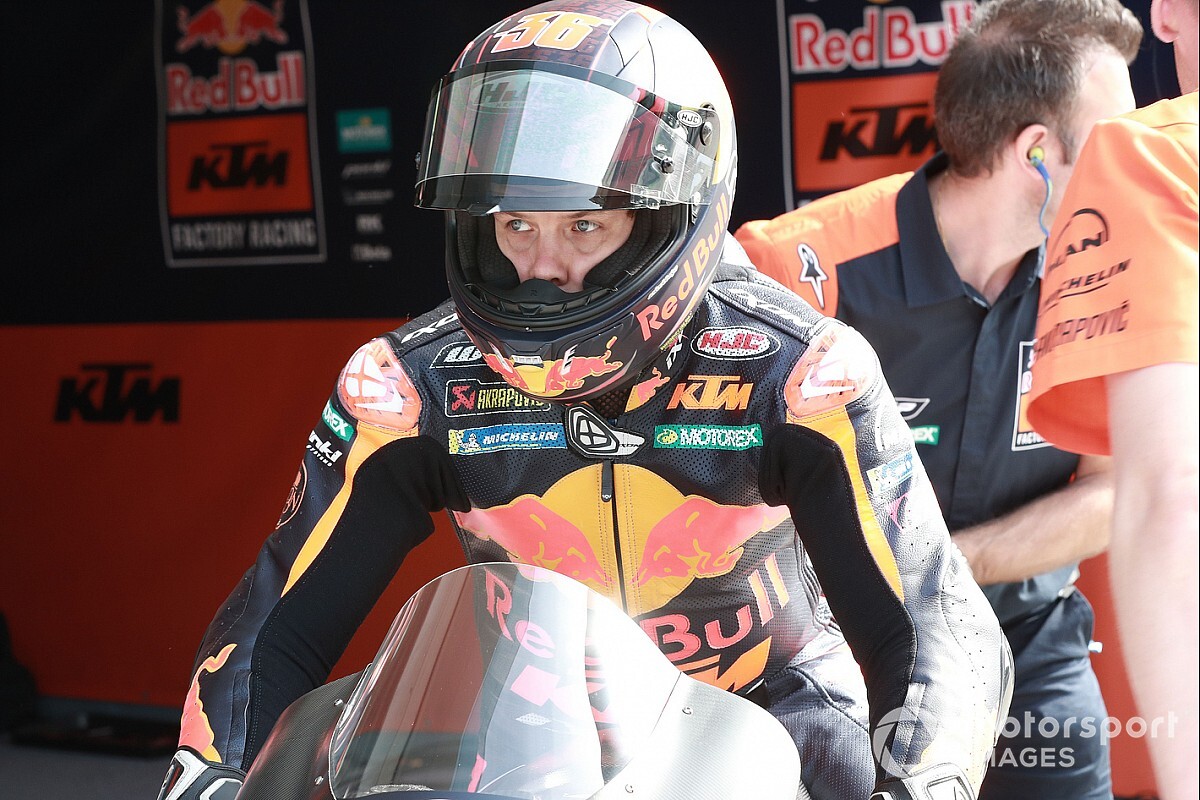 KTM test rider Mika Kallio will replace Iker Lecuona at Tech 3 in the final round of the 2020 MotoGP season in Portugal.

Lecuona missed the European GP earlier this month after being forced into a 10-day quarantine when his brother and assistant tested positive for coronavirus.

The Spanish rider was initially cleared to take part in the Valencia GP at the same venue the following weekend, but a subsequent PCR test returned a positive result, ruling him out of the race.

Tech 3 has now announced that Lecunoa will also be absent from this weekend’s curtain closing round at Portimao, with Kallio being called in to act as his replacement.

Kallio has been a part of the KTM project since its inception in 2017, and competed in the final six rounds of the 2019 season when Johann Zarco was ousted from the factory team.

"First of all, it‘s not an easy situation for the team and for Iker I’m sorry that he will have to skip this race as well,” said Kallio.

“So, I’ll jump on the bike, which is not that easy at the moment, because I haven’t been on the bike not too often this year. Obviously, it’s going to be interesting to see what my speed is and how I can learn the new track and many other things.

“Of course, the crew is new for me, so I have many things to learn. It’s a big challenge and we’ll go and do everything as best as possible. It’s always an honor to race with a MotoGP bike and also being with Hervé and Red Bull KTM Tech 3. I know them for a long time and it’s good to come back to racing, even if it’s only the last race of the season. "

Lecuona currently sits 19th in the championship in his rookie season, with a best finish of ninth in Teruel GP.

Kallio, a runner-up in Moto2 in 2014, will be joined at Tech3 by incumbent Miguel Oliveira, who famously won the Styrian GP after taking advantage of a last-lap duel between Jack Miller and factory KTM rider Pol Espargaro.

“Mika Kallio will be riding for us, which is a great honor,” said team principal Herve Poncharal. “We’ve been following Mika for many years, we saw what he did in 125cc, in 250cc, then in Moto2 and in MotoGP.

“He has a very strong link with the KTM MotoGP project, this is almost his baby. Because of the unfortunate situation of Iker Lecuona, Mika will be with us to celebrate this very last race of the 2020 season and we can’t wait to start working with him.

“We know we shouldn’t have too many expectations. I told Mika that he shouldn’t have any pressure on him, just enjoy the moment, have fun, be part of the team and leave this very last MotoGP weekend together with positive vibes."