KTM rider Mika Kallio says he is targeting regular points for the rest of the season after only managing to finish 17th in his first race as Johann Zarco's replacement.

Long-time KTM tester Kallio, who has been picked to replace Zarco for the remainder of 2019, was the Austrian marque's sole factory rider in the Aragon Grand Prix after Pol Espargaro broke his wrist in a practice crash prior to qualifying.

The 36-year-old was making his first race start in over a year, his programme of wildcard outings last year having been curtailed by an injury he picked up at the Sachsenring.

From 18th on the grid, Kallio climbed as high as 14th but ended up slipping out of the points as he suffered from a degrading rear tyre in the closing stages.

He conceded a lack of race fitness cost him however, admitting that he "braked a bit too early" for the first corner and missing a chance to make up more ground.

"Barcelona [last year was my last race], a long time ago," Kallio continued. "It wasn’t easy to find a rhythm and the other guys have already been racing for many races.

"It’s really not easy to jump in and be on the level that they are. Of course we saw this weekend it’s not happening suddenly like this. We need laps.

"We managed to do the laps without mistakes, [the] only thing I was disappointed for was what we did in the race, because it seemed we could take a couple of points.

"I don’t know if I made a mistake with tyre choice, I chose the hard ones front and rear and it seems it wasn’t the best option. But this weekend we can say of course I didn’t have any experience of how the tyre would behave, the soft or the hard.

"Maybe the hard was the safer solution but it seems it wasn’t the right choice."

Kallio added that a points finish would be his "minimum" target for the next round in Thailand. The Finn has previous experience of the Buriram circuit from winter testing last year.

"We can say this weekend was a kind of warm-up for us to come back to the races," Kallio conceded. "Then I think we can set some target for the other weekends and definitely we need to collect some points. That’s the minimum we can do.

"Let’s go to Thailand and we see how everything goes. Hopefully over there I don’t have face the problem I had here. All weekend I couldn’t get the tyres working in a proper way. I was missing a lot of grip I needed in the race. So hopefully this will be [easier]." 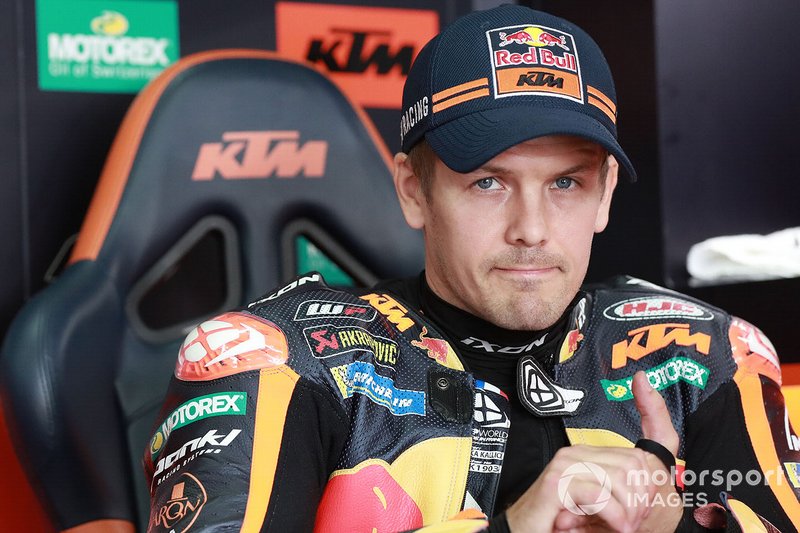 Dovizioso: Barcelona “cut off our legs” in title fight

Iannone: All I want is equal machinery from Aprilia