Subscribe
Previous / Morbidelli: Rossi was “unattackable” in Valencia MotoGP finale Next / How Rossi got the perfect send-off to his MotoGP career
MotoGP / Valencia GP News

Pramac MotoGP rider Jorge Martin says he thought he would miss the Valencia Grand Prix as he spent all of Saturday night vomiting and hadn’t eaten since Saturday lunchtime.

The rookie qualified on pole for Sunday’s final round of the 2021 MotoGP season and was one of the favourites to challenge for victory.

Leading from lap two through to lap 14, Martin was holding eventual winner Francesco Bagnaia at bay before the Italian eventually found a way through on the 15th tour.

Martin then had to fend off the sister factory team Ducati of Jack Miller to hold onto second, which sealed him the rookie of the year crown.

But Martin revealed afterwards that he didn’t sleep on Saturday night into Sunday owing to an illness and was worried about the fact he hadn’t eaten anything since the previous day.

“Yeah, well it was an unbelievable race,” Martin said in parc ferme directly after the race.

“From 10pm yesterday till 5am today, I wasn’t sleeping, I was vomiting.

“It was really difficult, I thought I couldn’t make the race. But thanks to the doctors, to Angel Charte, to all the Clinica Mobile, because they helped me a lot.

“The thing I was scared about is I didn’t have any food since yesterday’s lunch. For sure a MotoGP race is very physical and I tried my best.

“I was fully focused, no mistakes. Finally in the last laps Jack was pushing, so last lap I was giving my 100%.” 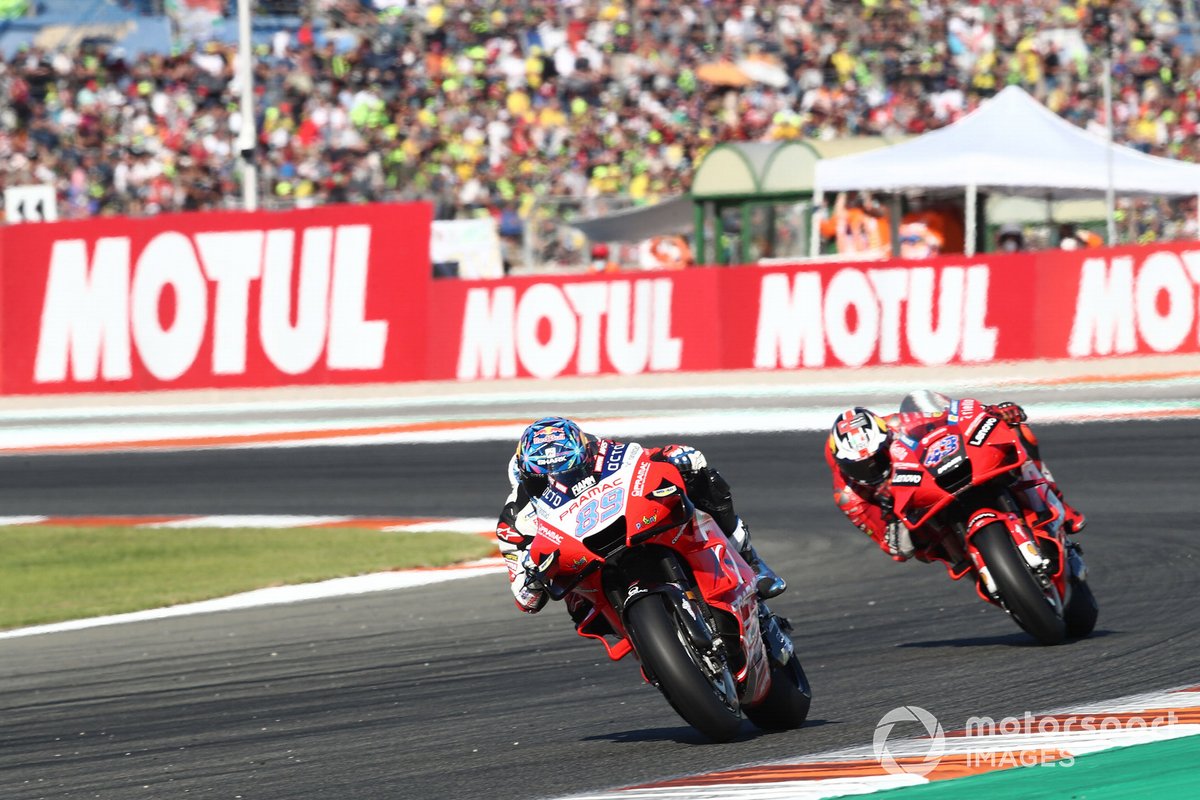 Second capped of an incredible rookie year for Martin, which yielded three podiums and a victory at the Styrian Grand Prix – as well as four pole positions.

“I’m really happy for the team, to finish the season this way with a pole and a podium is amazing. Now we have the motivation for the future.”

Martin missed the post-race press conference due to his illness.

Despite missing four races through injury after a serious crash during practice for the Portuguese GP, Martin beat Avintia’s Enea Bastianini by nine points and ends the year ninth in the points.