Martin 'happier' with third in Austria than with first MotoGP win

Pramac rookie Jorge Martin admits he was even happier with his third in the wet Austrian Grand Prix than he was with his maiden MotoGP win in the Styrian GP.

Martin was one of the leading riders to pit for his wet bike on lap 25 of 28 of last Sunday's Austrian GP as the rain started to fall heavier at this point of the race.

The Pramac Ducati rider started the final lap in 11th and thought he "destroyed my race" by pitting, but was able to carve his way through the slick runners on the wet track to claim third.

Martin had never been involved in a flag-to-flag race before last Sunday's Austrian GP and admits he was "nervous", while noting he nearly crashed as came in for his bike swap.

Having stormed to a maiden victory from pole in the previous week's Styrian GP, Martin says his third in the wet conditions last Sunday made him happier than when he won as he "didn't expect" that result.

"When the rain drops started I took a lot of risk there to try to catch the front group and I started to overtake," Martin, who started from pole, said.

"I overtook Fabio [Quartararo], also Pecco [Bagnaia], but they were battling hard to be in the podium positions.

"But then when it was completely wet I saw [Marc] Marquez and Pecco go through the pits and I said 'ok, it's time to try'. 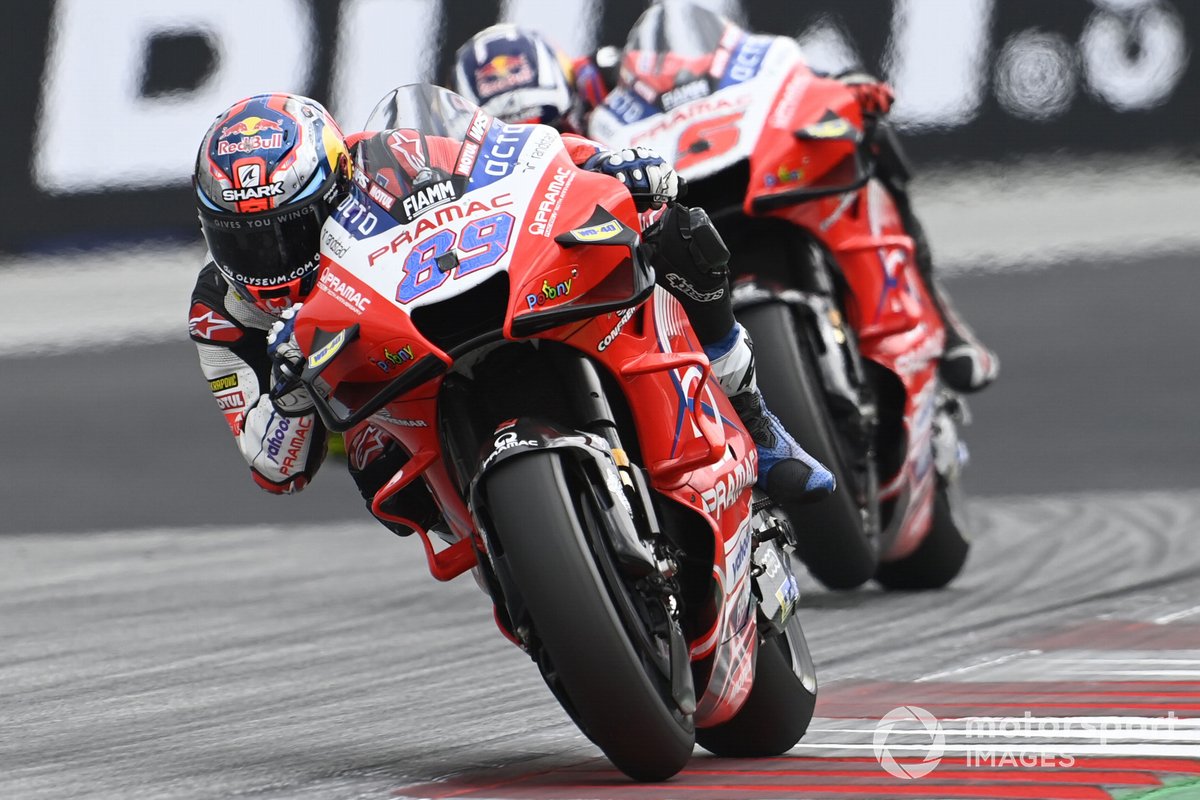 "Then I was so nervous in the flag to flag change. I almost crashed, I did a stoppie and I hope my team is ok because I think one of my mechanics had a bit of pain.

"But anyway, when I went out of the pits I was still in third position.

"It was also really difficult with the wet tyres to stay on the bike. When I started the last lap I was P11, so I say 'f**k, I destroyed my race, I should be with the slicks'.

"But as soon as I hit corner one, I saw all the riders in corner three and I said to myself 'come on, it's time to push, do your best'.

"And I arrived to the group in corner seven and I passed six, seven riders in two corners.

"So, it was a bit difficult to avoid all of them. But when I crossed the finish line and I was in a podium position I was super impressed, super happy, even more than last week because I didn't expect that.

"Now I need some time to understand the last week and a half because two podiums and two pole positions is unbelievable."