Mir: My Suzuki feels good again, but isn't as fast as Yamahas 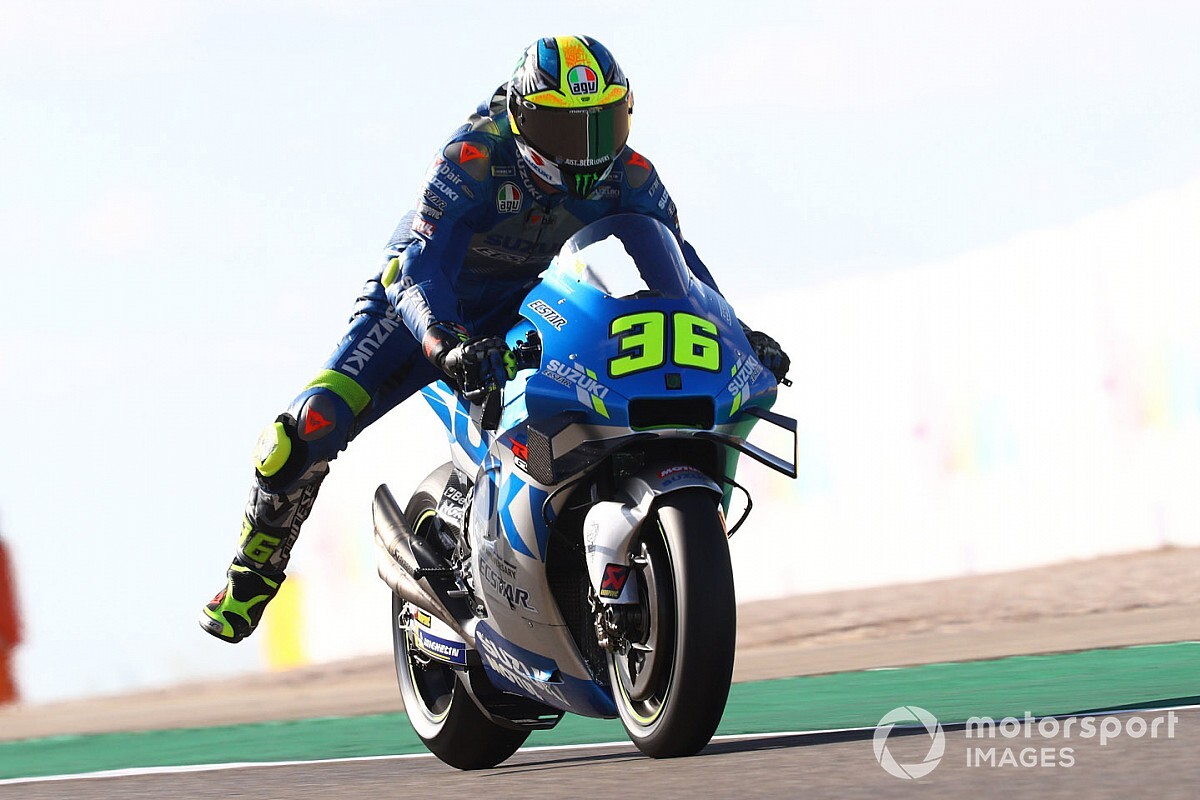 Suzuki’s Joan Mir says he has “recovered the good feelings” that went missing at Le Mans but admits he's not quick enough yet after Friday at the MotoGP Aragon Grand Prix.

Mir qualified down in 14th at Le Mans and only managed 11th in the wet race, allowing Fabio Quartararo to extend his championship lead to 10 points.

The Suzuki rider was much stronger at Aragon in the cold conditions on Friday, ending the day fourth on the combined times – albeit 0.73 seconds off the best pace. Mir was happy with his feeling on his GSX-RR, but is wary that Yamaha – which locked out the top three in both sessions on Friday – is a step ahead of Suzuki right now.

"It was a good day,” said Mir. “I felt very good even though no one has a brutal pace because the asphalt temperature is very low. I have recovered the good feelings that I did not have at Le Mans, although with such low temperatures nobody has had a good feeling.

“They [Yamaha] are really strong, they have great potential, all of them. So, it means they are really fast. We are at the moment not that fast, so we are working on it. At the moment they have a bit of advantage.”

Mir’s main issue of getting soft tyres up to temperature for time attacks looked to have improved at Aragon, after he posted a 1m38.686s midway through FP2 on a fresh tyre.

Traffic on his final time attack at the end of the session meant he couldn’t close the seven-tenths gap he has to pacesetter Maverick Vinales, but was happy on fresh rubber.

“Today I felt great with the new tyre,” Mir said when asked by Motorsport.com if he was able to make a breakthrough with time attack form on Friday. “With the first set, we just put the soft/soft to see how was my feeling.

“But anyway, the lap time is quite decent. So, I’m looking forward to tomorrow.”

Vinales “not thinking about” MotoGP championship at Aragon