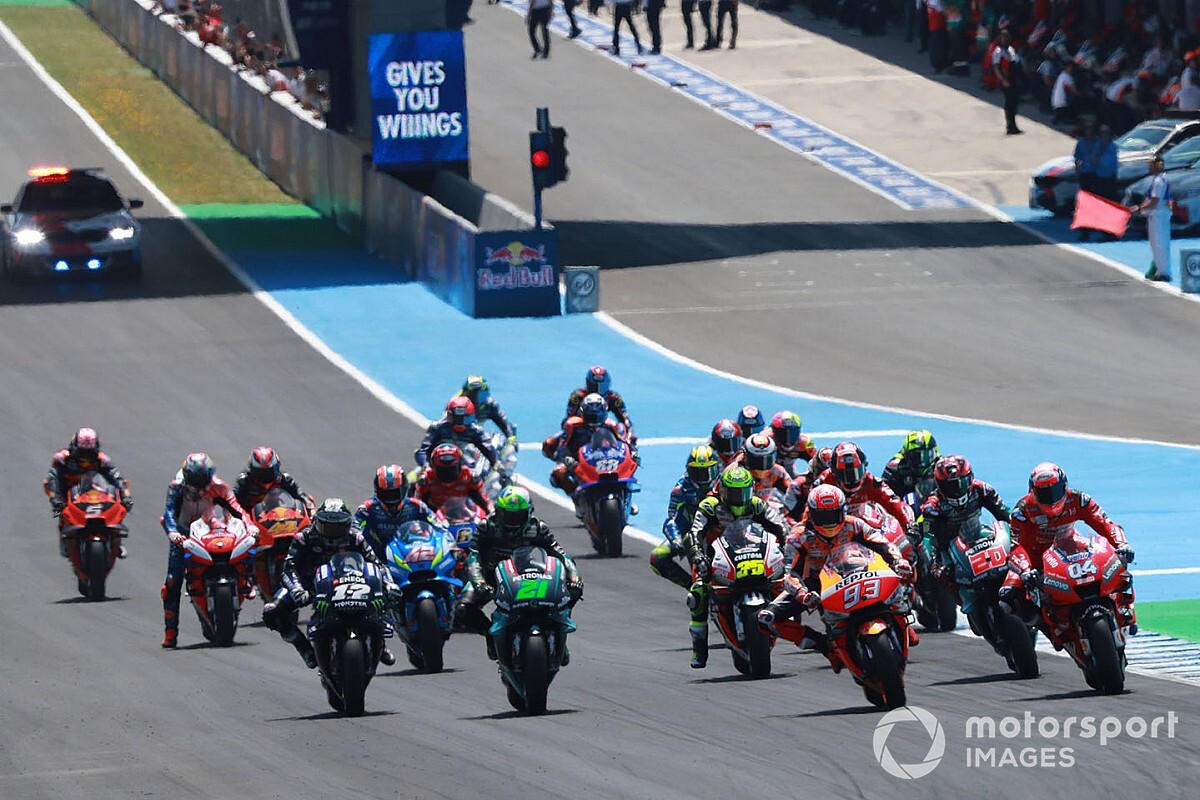 MotoGP promoter Dorna Sports and the Jerez Circuit have agreed a deal for the track to host the first two rounds of the 2020 season in July, to be sent to the Spanish government for approval.

The global coronavirus pandemic had forced the opening 11 rounds of the season to be scrubbed from their original slots, with the Qatar, Dutch, German and Finnish Grands Prix cancelled outright for this year.

Dorna has been working towards a 10 or 12-race calendar centred in Europe, having initially aimed to get the campaign going at the start of August with the Czech GP.

However, following a virtual meeting on Thursday, Dorna has agreed a deal with Spanish GP venue Jerez – which was due to stage its round last weekend – to begin the season on July 19 with the Spanish Grand Prix, and the Grand Prix of Andalusia on July 26.

These races would be followed by a World Superbike round, which would likely become the second of the season after the Phillip Island opener, on August 2.

Should the Spanish Government approve the proposal, it will then need to be signed off by MotoGP’s governing body the FIM.

"From this moment on, we have to transfer, both to the government of Spain and, through the Dorna company, to the International Federation (FIM), the request to carry out all the actions and requirements necessary to guarantee security and greet all the participants and teams that will be in Andalusia this summer.

“I think it is magnificent news and we want to thank the City Council because we know the effort that is made in the organisation of these events, as well as Dorna for relying on the Jerez Circuit again.”

Dorna has outlined a reduced paddock size of around 1600 personnel to cover all MotoGP, Moto2 and Moto3 teams, as well as Dorna’s own television crew. It is also looking to buy 10,000 COVID-19 test kits to regularly monitor paddock personnel.