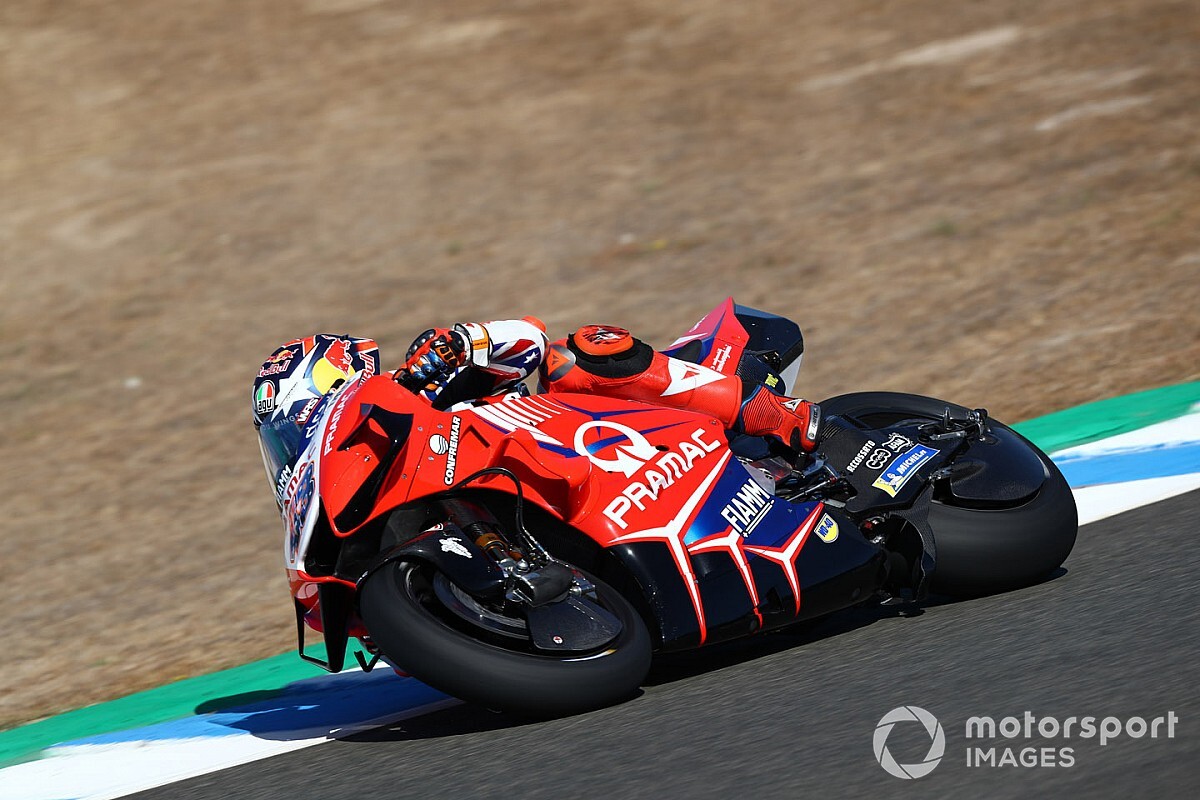 Jack Miller says Ducati expects him to make a step up in 2020 from last year's haul of five MotoGP podiums, but that those expectations were already there before he signed a factory team deal for 2021.

Last year was the Pramac rider’s first operating on machine parity with the factory Ducati team, and he managed to score five third-place finishes across the 19 races to secure his best championship position of eighth.

Miller has been chosen to replace the Tech3 KTM-bound Danilo Petrucci for 2021, which he branded an “honour”, but doesn’t believe has made any difference to what is expected of him this season.

“I’m calm, but of course there is expectation as well,” Miller said on Wednesday following the two pre-Spanish Grand Prix test sessions at Jerez.

“To be stepping into the factory team is an honour and everything like that, but the expectation was already there.

“We did five podiums last year, I think this year it’s expected that I step up and make a number more and be higher up the championship.

“There’s a little bit more expectation, but I’m just taking it… it’s a special season this one, starting it now [instead of in March] here in Jerez. So there’s many strange things.

“The biggest thing as well is there’s not so many races. [We're] just going to have to be calm, take the opportunities when we can because one crash or one DNF, the points are going to count.”

Miller ended the test day at Jerez eighth on the combined times, 0.555 seconds off the pace of Yamaha’s Maverick Vinales having completed 38 laps across the two 90-minute sessions.

However, his day was not completely without incident as the incendiary heat at Jerez coupled with some “rustiness” on his mechanics’ part led to a small fire on his bike’s fairing in the afternoon.

“We had a little fire with the fairing and then we just ran out of time by the time the boys got that sorted, because it’s so hot and the exhaust just heated up and the fairing was getting quite hot,” he added.

“I think it’s a little teething issue, everyone’s a bit rusty after four months, but I think we’ve got that out of the way now.”