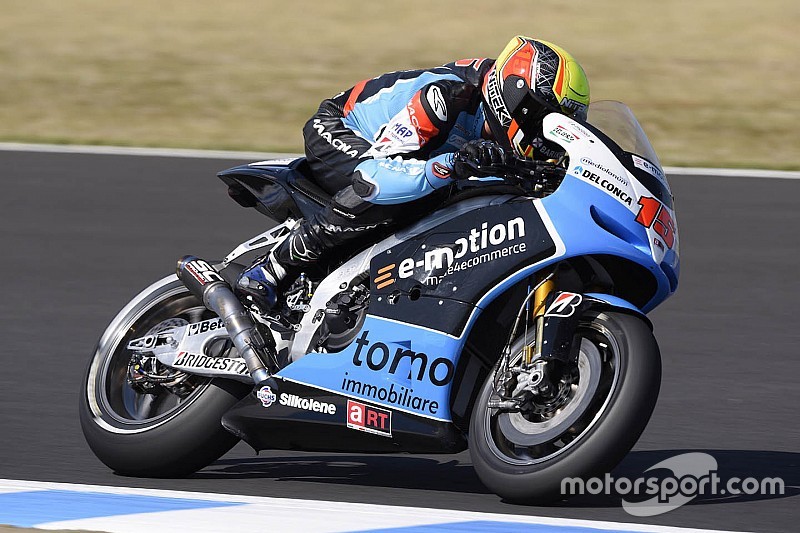 The Ioda Racing Project team is considering the option of leaving MotoGP and switching to World Superbikes with Aprilia machinery in 2016.

According to a report by Speedweek, the cash-strapped Ioda outfit, which campaigned a sole ART for Alex de Angelis in 2015, is set to move across to the production-based series with a pair of Aprilia RSV4s.

The Italian marque is unrepresented on the WSBK grid as it stands, after the withdrawal of the Red Devils team that ran Leon Haslam and Jordi Torres in the series last year.

A source inside the team confirmed to Motorsport.com that Ioda team principal Giampiero Sacchi has indeed been in contact with Dorna Sports, the promoter for both MotoGP and WSBK, and Aprilia regarding the move.

However, Sacchi’s preference is believed to be to continue in MotoGP, particularly as the team has acquired a 2015-spec Aprilia RS-GP to replace the obsoleted ART machine used by de Angelis last season.

De Angelis himself is facing a race against time to regain fitness for the 2016 season after his horror crash in practice for October’s Japanese Grand Prix.

He is due to ride a MotoGP bike for the first time since the accident at the upcoming pre-season test at Sepang, which begins on 1 February, as part of Aprilia’s test team aboard a year-old RS-GP.

Miller injured in training accident, in doubt for Sepang test

Yamaha calls for “respect” between Lorenzo and Rossi