Alex Rins says he is “super proud” to finish the MotoGP Andalusian Grand Prix inside the top 10 just a week after fracturing and dislocating his right shoulder in a crash.

The Suzuki rider sustained the injury when he crashed at the end of qualifying for last weekend’s Spanish Grand Prix, also run at Jerez, and had to sit out the first race of the season.

Passed fit to ride on Thursday for the second Jerez race, Rins came from 20th on the grid to end up 10th after benefitting from a high attrition rate around him.

“Unbelievable,” Rins said when asked about his race. “Sincerely after exiting from the box, I was suffering a lot because the condition was so hot, so super hot.

“I go in the box, I put a bottle of water behind me [to try to cool down]. Then during the race I tried, I did a reasonable start. I don’t know how.

“But all this work we did with the medical staff, my team, all the people pushing, I was pushing to the limit, not losing my faith, so I finish the race. So, I’m super proud of this.”

Rins will return to Barcelona on Monday to have his arm examined ahead of August’s Czech Grand Prix at Brno. 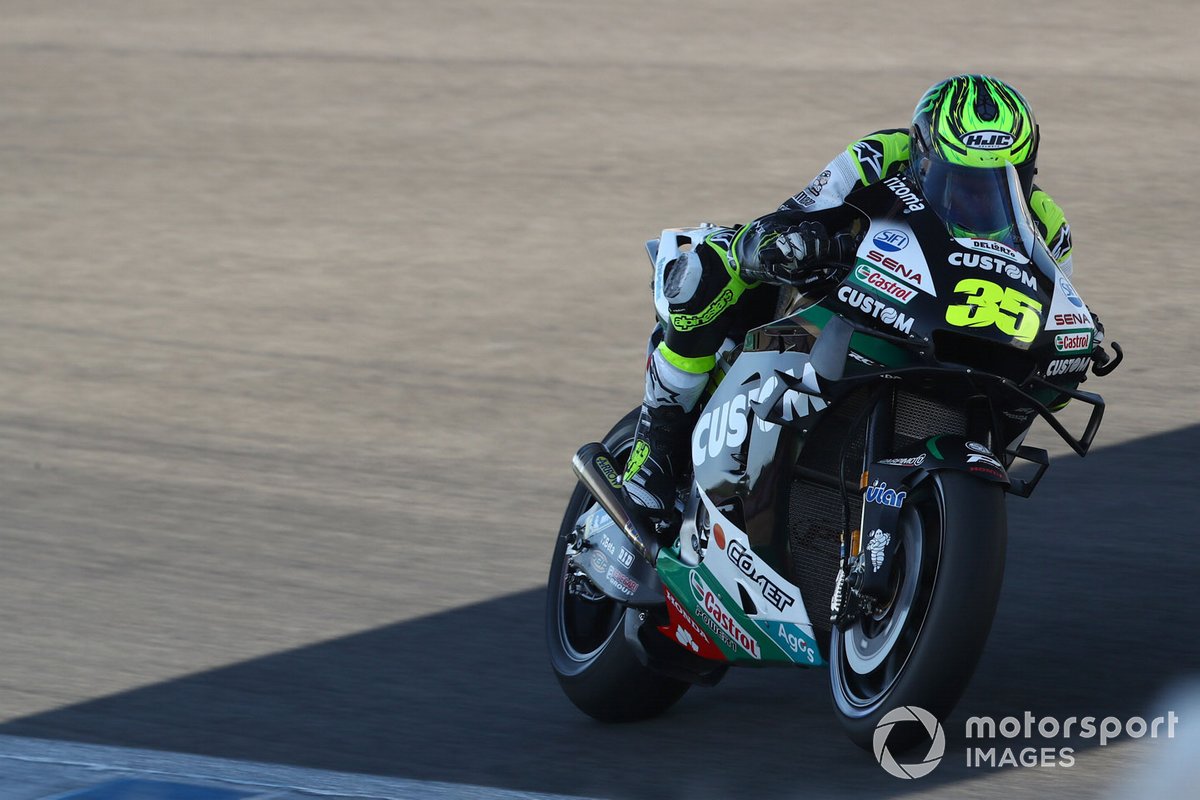 LCR Honda’s Cal Crutchlow also made it to the finish in 13th with his broken left wrist, albeit a lap down after pulling into the pits on lap 17 of 25.

The Briton says the reason for this was actually down to arm pump in his right arm, which led him to have several moments where his throttle got stuck open.

Having always planned to pull out if he wasn’t in the points, Crutchlow returned to the circuit for the last laps when his LCR team informed him he was 13th and the last runner.

“I felt I could have stayed in a group, I don’t know what group that would have been,” Crutchlow said of his race.

“When I started to ride, I didn’t feel great with my right arm, which is the opposite arm to my broken wrist. So I had arm pump from lap five until I finished the race, and it was getting dangerous. That’s why I pulled in.

"But I’m not using it at all. But my right arm is obviously compensating and I’m probably riding 95 percent with my right arm.

“I felt I could run a good pace, but after about 12 laps I think I got stuck on the bike and I got what we would call ‘whiskey throttle’, and I almost rode off the side of the track because I couldn’t shut the throttle.

“It was getting dangerous, so that’s why I decided to pull in.”

“No chance” Suzuki will have MotoGP presence in 2023, says team boss