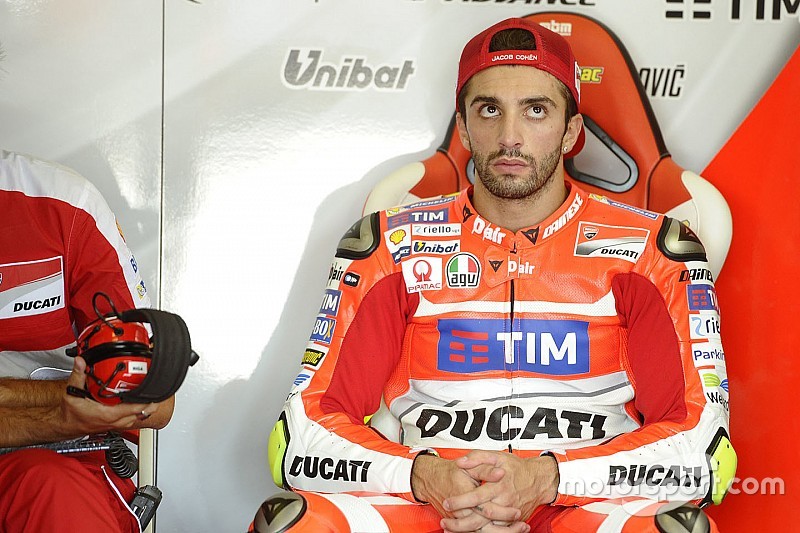 Ducati MotoGP rider Andrea Iannone will be forced to sit out the rest of the San Marino Grand Prix weekend at Misano after being diagnosed with a fractured vertebra.

The Italian rider sustained the injury in a high-speed crash during Friday morning's opening practice session, Iannone suffering a major off at Turn 15 that left him shaken but initially appearing unhurt.

However, Iannone was later taken to the medical centre for an x-ray examination on suspected microfractures in his T2 and T3 vertebrae, before being taken to hospital by ambulance in nearby Cesena for further checks.

There, it was confirmed that the Italian had indeed sustained a fracture to his T3 vertebra, forcing him to miss the rest of the Misano weekend and possibly putting him in doubt for the next race at Aragon in two weeks' time.

It means Ducati is reduced to two factory riders for this weekend's Misano race, with Michele Pirro making a wild-card appearance this weekend alongside regular rider Andrea Dovizioso.

The last time Iannone missed a race through injury was Sepang 2014, when he hurt his arm in a practice clash with Marc Marquez.