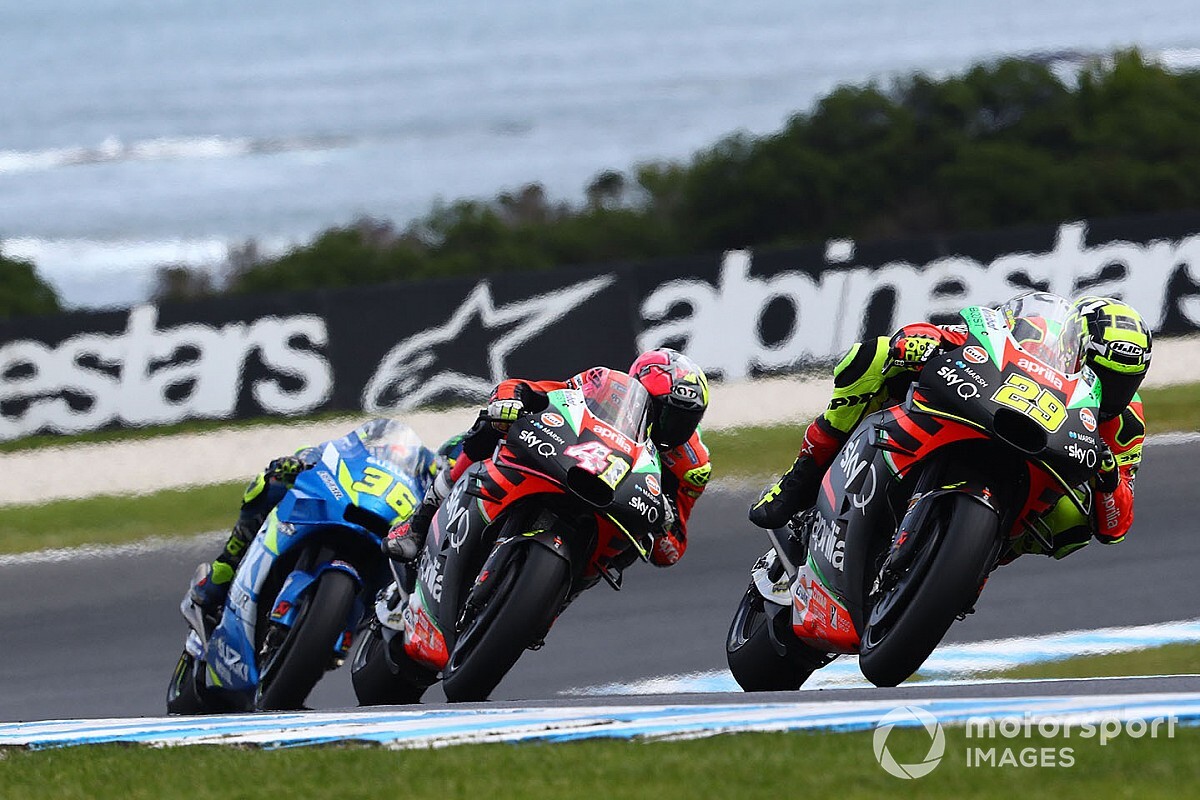 Andrea Iannone says he is "proud" to have become the first rider to lead a MotoGP race in the modern era on an Aprilia after his brief spell at the head of the field in the Australian Grand Prix.

At a track where he had finished on the podium twice in his three previous visits, Iannone worked his way up from eighth on the grid to lead the pack at Phillip Island on lap three.

After he grabbed the advantage at MG Corner, the Italian's time out front proved short-lived as Cal Crutchlow was able to draft by him on the LCR Honda along the start/finish straight and pipped him to the line by just 0.007s.

Iannone eventually slumped to sixth, but it still marked by far his best result during what has been a largely forgettable first campaign with Aprilia.

"I had a lot of fun," said the Italian. "The RS-GP had never been in front of everyone and I am proud to have been the first to put it there.

"It's a pity that it is not at the finish line [at the end of the lap], because they passed me right on the straight. But it was exciting to see the Aprilia on top. For a few moments we were with the strongest and this must give us great motivation and hope for the future.

"I arrived seven tenths from the podium and if I hadn't lost so much on the straight, I would have had the potential to do it too. But what I lost there cost me effort and tyre to recover.

"Also after [Alex] Rins hit me at Turn 4, I made the last three laps with a broken wing and the bike was a little light on the front. To make the podium would have been a great satisfaction, but we don't give up."

Aleix Espargaro also enjoyed a strong run on the sister Aprilia, running inside the top five early on and finally finishing 10th at the tail of the group fighting for third.

The Spaniard said he struggled with traction but was pleased to be in the thick of the action up front after two races with mechanical problems.

"This track is quite special, totally different than all the other circuits," said Espargaro. "The difference, there are less on this track in terms of bikes, it is more about riding skills and it's a very flowing track.

"It is a shame because in the race I felt not really good traction, from the first laps I couldn't really attack, and I did not really enjoy because I was not able to recover places, just gaining time on the brakes and spinning a lot.

"Anyway, we were in the podium group all race and it was fun because a lot of overtakes and some races like this are better than the others." 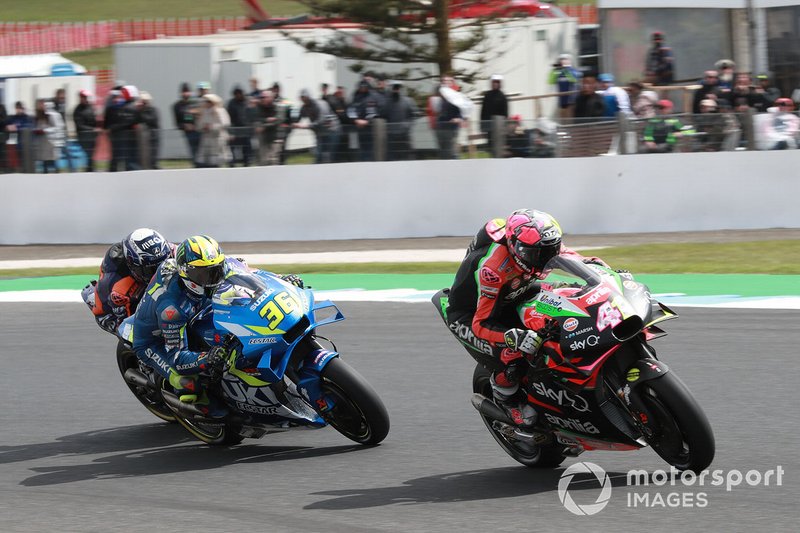