Iannone just needs to "get on with the job", says Schwantz 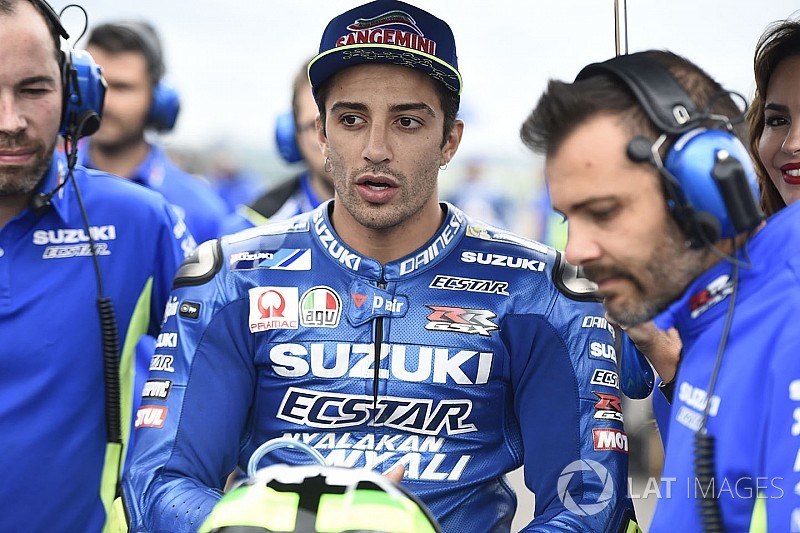 Suzuki legend Kevin Schwantz says Andrea Iannone just "needs to get on with the job" after a dismal first half of the 2017 MotoGP season.

Iannone joined Suzuki for this year after two seasons at the works Ducati team, but the former race winner has found little success in the first half of the current campaign.

The 26-year-old sits 16th in the standings with a best finish of seventh in Austin, and has only scored points on four occasions in the first nine races.

Asked what he thinks about Iannone's performances so far this year, Schwantz said he would be happy to tell the Italian "what everybody thinks" and that he needs to stop complaining about the shortcomings of his GSX-RR.

"I'd be happy to tell him what we all see, what everybody sees and everybody thinks," the 1993 500cc champion said. "He may not like what he hears.

"I spoke to him in Austin and he said he just can't believe it, because the bike doesn't stop, doesn't start and doesn't turn. Doesn't sound like it's much good, but he was okay in testing.

"In Qatar, he ran into the back of somebody in the middle of the corner, the bike cornering was pretty good there.

"He just needs to be told get on with the job, sometimes it is hard work.

"It's easy for him to sit in his chair and see the Ducatis doing as good as they are and say 'woah, I should still be there'.

"Don't forget, they fired you, they sent you packing! You don't have that opportunity anymore, so make the most of what you've got."

When Schwantz's comments were put to him, Iannone pledged to respond to the American's criticisms with "my actions on track".

"I don't know what to say about Kevin," said Iannone. "I've always respected him as a person and as a rider.

"I'm sorry for what he said, I would rather he had said these things to my face as we work for the same company.

"I accept his criticisms and I intend to respond with my actions on track."

Suzuki signed Moto2 star Alex Rins to race alongside Iannone this year, but the Spaniard's season has been severely hindered by injuries, which have caused him to skip five races.

But Schwantz is hopeful Rins will return from the month-long summer break and arrive in Brno in better shape, and deliver on the potential he showed in the lower categories.

"Maybe this summer break will give Alex a chance to get fit, get his confidence back," Schwantz said.

"Maybe he'll come back after the break and be that young kid that Maverick [Vinales] was in the beginning and turned out to be.

Rins "sorry" for holding up Petrucci in Rossi battle