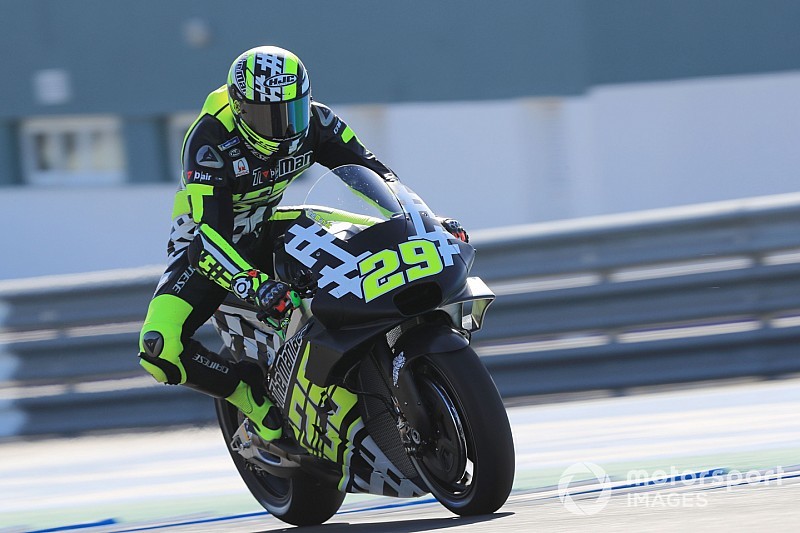 Aprilia MotoGP rider Andrea Iannone believes the feedback he has provided the Italian manufacturer in the 2018 post-season tests has "taken it a bit by surprise".

Ex-Suzuki rider Iannone made his Aprilia debut in post-season testing at Valencia, and said he found the RS-GP to be less bad than he had expected despite suffering two crashes.

The Italian suffered a further tumble at Jerez, which limited his running on the final test day of 2018 and left him down in 18th in the standings, 1.8 seconds off the pace.

His 2019 teammate Aleix Espargaro missed most of the test due to illness, completing just a handful of laps on Thursday after skipping Wednesday's running entirely.

Iannone feels his feedback has already had an impact at his new team, claiming he has highlighted certain areas where Aprilia needs to focus that it was previously unaware of.

"Aprilia I think has a very good base, but there are several things to improve, both on the electronics side and elsewhere, which are the basics," said Iannone.

"Clearly they did not have indications about certain things and now I am providing those. This makes me optimistic.

"Obviously I did not expect to finish the tests in front of everyone, but we are not so far away. There are some very positive things about the bike. We need to fix other things, but I think this is feasible.

"It’s not a bike with huge problems, because it turns very well and it’s very agile. We have to improve acceleration and control better the wheelie, but these are things that don’t worry me.

"The engine is very strong, but we can only use it in fifth and sixth [gears], because up to fourth we fight a bit with the wheelie. It’s an important aspect, but at first they didn’t realise this and now they are working on it.

"We need to be able to make certain changes in less time, because we take a lot of time to change some aspects which they are not used to working on, so they were caught a bit by surprise."

More from the Jerez test:

Espargaro said at Valencia he expects Iannone, a race winner at Ducati and a regular podium finisher in his second year at Suzuki, will get frustrated with Aprilia's current level of competitiveness.

But despite Aprilia's lowly place on the Jerez timesheets, Iannone is convinced there is still plenty of speed to extract from the RS-GP.

"We don’t need a [completely] new bike at the moment, we still have margin," he added. "We need to understand better what we have at our disposal and then understand what to do.

"I am very calm, because there is the desire to do well and I feel I’m in a group that is trying to offer me the maximum possible support. This is what I expected, so I am very happy." 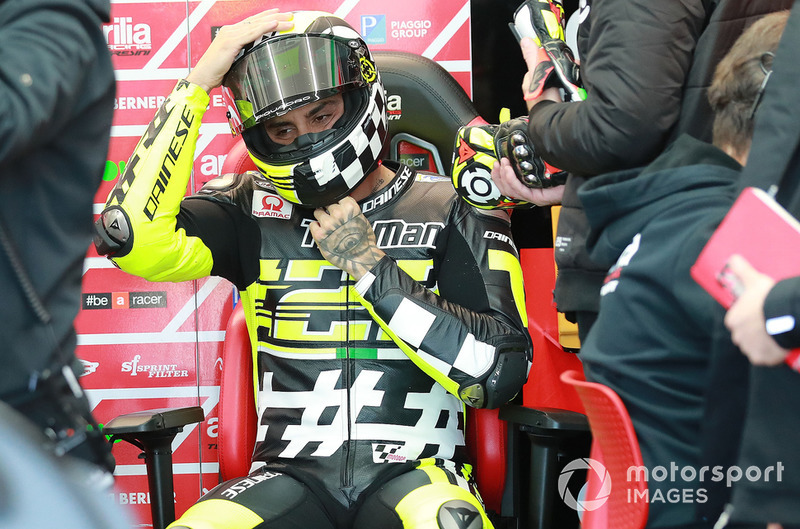