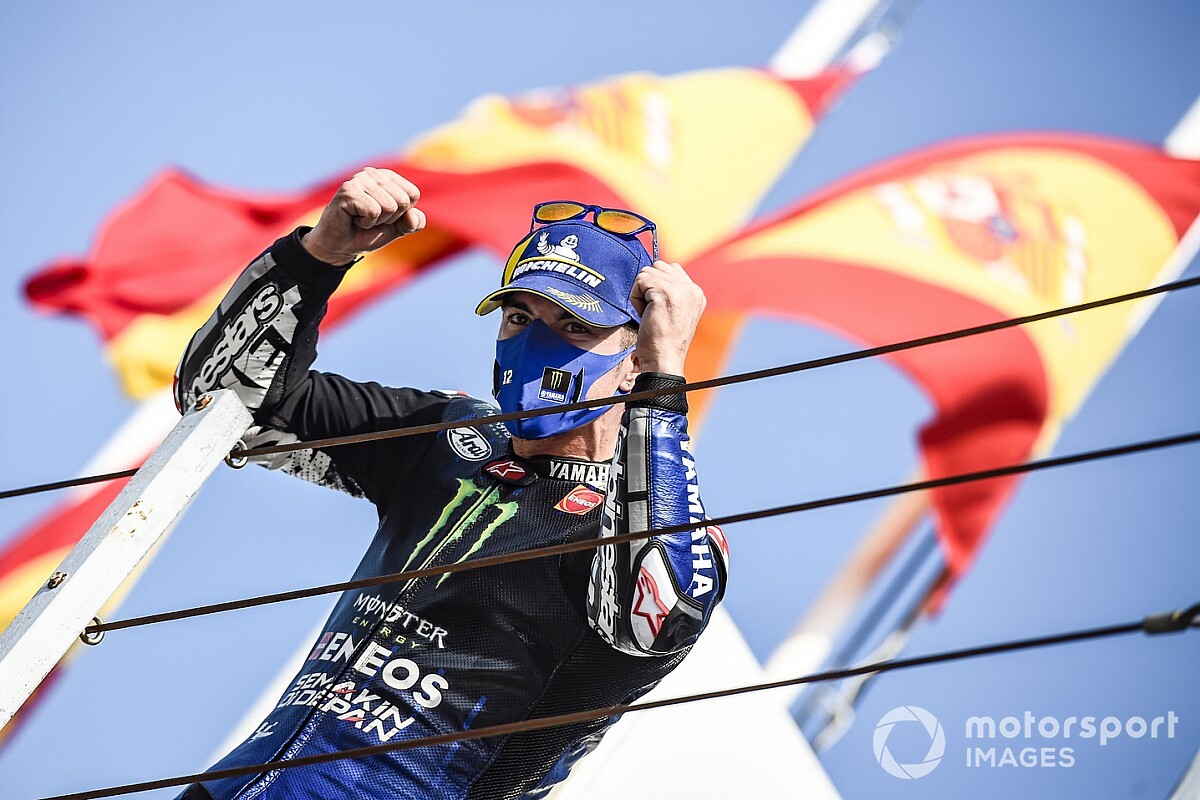 MotoGP's double-headers have produced second acts that are anything but repeats of the first, with Maverick Vinales pulling off the latest seven-day turnaround to go from supporting cast to headline performer in the 2020 title show

"We came from Saturday to make a lap record in qualifying, from being a beast on track, and then we were a little kitty on the track." That's how Maverick Vinales described his fall from grace in the San Marino Grand Prix, when he went from threatening domination to ending up 5.3 seconds off what is essentially the 2019 Yamaha of race winner Franco Morbidelli, in sixth place.

It was an all too familiar tale for Vinales: stamp his authority in practice, rip up trees in qualifying to take pole, and then spend the opening half of the race wobbling about as grip and bike balance evaporated on a full fuel tank.