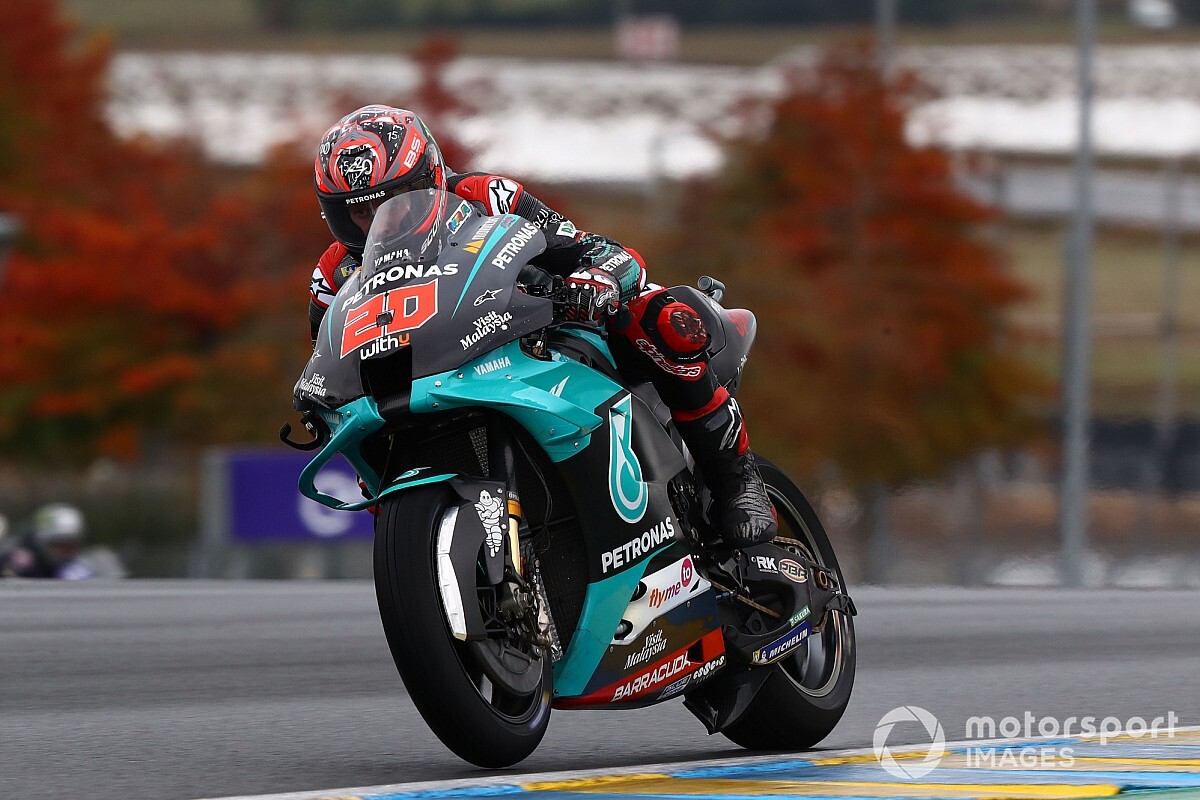 Fabio Quartararo was poised for victory at Le Mans after starting on pole - until a sudden downpour forced him into damage limitation mode. But with his main rivals also struggling, Lady Luck was merciful on the MotoGP championship leader

The 2020 MotoGP French Grand Prix was already a finely poised affair ahead of lights out. Eventual race winner Danilo Petrucci said after qualifying third that he expected a 10-rider podium battle as dry pace in FP4 on Saturday was incredibly close through the field.

But the general consensus was that if poleman Fabio Quartararo could get the holeshot and deploy the blistering race pace he displayed in practice on Saturday, it would be game over. However, if the Ducatis of Petrucci and Pramac's Jack Miller starting alongside could get the jump, then it was anyone's game.