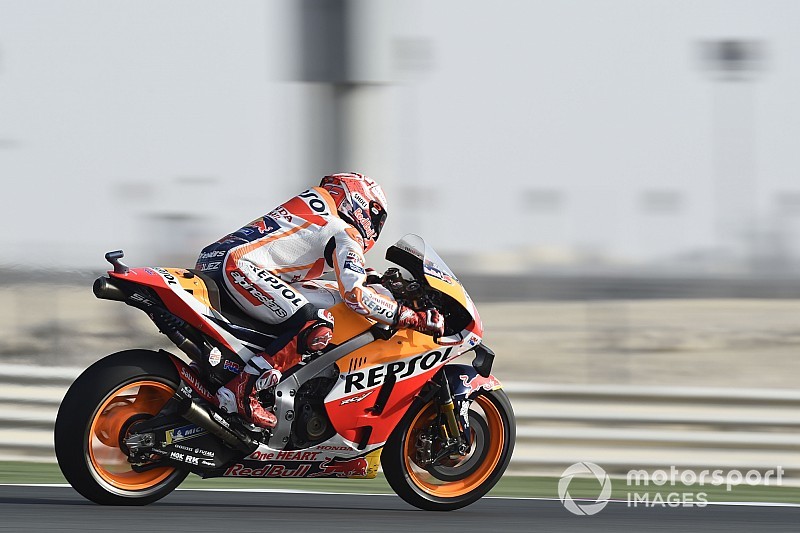 On Tuesday the FIM Court of Appeal dismissed Aprilia, Honda, Suzuki and KTM's protest against the deflector that Qatar Grand Prix winner Ducati ran ahead of the rear wheel of its 2019 bikes at Losail.

Ducati's defence was that the component was used specifically to cool the rear tyre, rather than for an aerodynamic gain - which is prohibited in that area.

Motorsport.com understands that a Honda representative approached Aldridge with a similar design for the team's bike on Thursday ahead of this weekend's Argentinian GP but homologation was refused when Aldridge was told the purpose of the device.

It appears that Honda's move was a deliberate attempt to highlight the problems with the current regulations and the FIM decision.

Aprilia chief Massimo Rivola, whose team was the driving force behind the Ducati protest, had hinted that others might try to homologate designs identical to Ducati's but pitched as being for aerodynamic purposes.

"I wonder what would happen if someone presented the same solution as Ducati but, instead of referring to the cooling of the rear tyre, openly admitted that his intention was to generate aerodynamic load?" said Rivola.

Aprilia has already made clear it is working on a winglet of its own, and it would now not be a surprise to see Suzuki and KTM follow suit.

Yamaha has remained on the sidelines in the argument throughout.

Miller 'playing it by ear' with factory Ducati chances

Ducati: Appeal cost same as half of wind tunnel budget