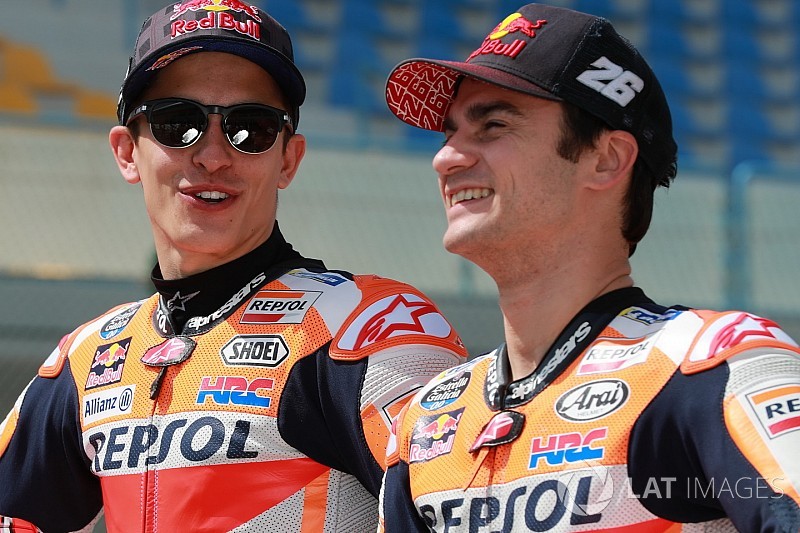 Honda MotoGP team principal Alberto Puig says the Japanese manufacturer needs more time to weigh up its 2019 rider options, as it considers whether to offer Dani Pedrosa a contract extension.

Pedrosa has raced for the Repsol Honda squad since his premier-class debut in 2006, and has won at least won race per season in that time, but his contract expires at the end of this year.

While the 32-year-old has expressed a desire in continuing the relationship, Honda has said it wants to continue evaluating its options for its second bike after renewing Marquez's contract.

These have been reduced in the wake of Johann Zarco's decision to join KTM for the 2019 season, while Andrea Dovizioso is unlikely to leave Ducati despite rejecting the Italian marque's initial offer in contract talks.

This has come as a boost to Pedrosa's chances of staying, as did his stoic ride to seventh in Austin just 12 days after breaking his wrist in Argentina.

While Puig described keeping Pedrosa on board as a "great option", he stressed the need to see how the next few races unfold before coming to a final decision.

“Marquez renewed and we want to see the options depending on the [upcoming] races," Puig told Motorsport.com.

"What I want to make clear is that we haven’t sat down to negotiate with any rider. It is important to see and analyse the progression of the riders, the ones that are stuck and the ones aren’t.

“Our commitment is to give the best option to our team and Dani is a great option. That’s why he is and has been with us for so many years."

Puig also admitted that Marquez would have some influence on the decision, saying: “It is obvious that having a rider like Marquez, at some point you will ask his view about the second rider."

Espargaro certain Aprilia will "surprise" in next races