Honda MotoGP rider Marc Marquez hopes to increase his motorbike training in the summer break "if the arm permits", as he continues recovering his injured right arm.

Marquez was forced onto the sidelines for around 10 months after badly breaking his right arm in a crash in last July's Spanish Grand Prix, requiring three operations across 2020.

Returning to racing in April's Portuguese GP this year, Marquez has been struggling with lack of power in his right shoulder, a consequence of the broken humerus he suffered last July on top of an existing shoulder injury which required surgery at the end of 2019.

Since returning to MotoGP action, Marquez's bike time away from race weekends has been severely limited under doctors' orders, but he hopes to change this during the current five-week summer break.

"Yeah, of course now on the summer break we will have time for everything," Marquez said at Assen.

"I mean, first of all I need to take a rest, minimum one week and a half to two because I feel I need it on the physical side, but also on the mental side – especially more on the menta side than physical side.

"It's two years without a holiday and I need a holiday right now. Then I will have time to keep working. 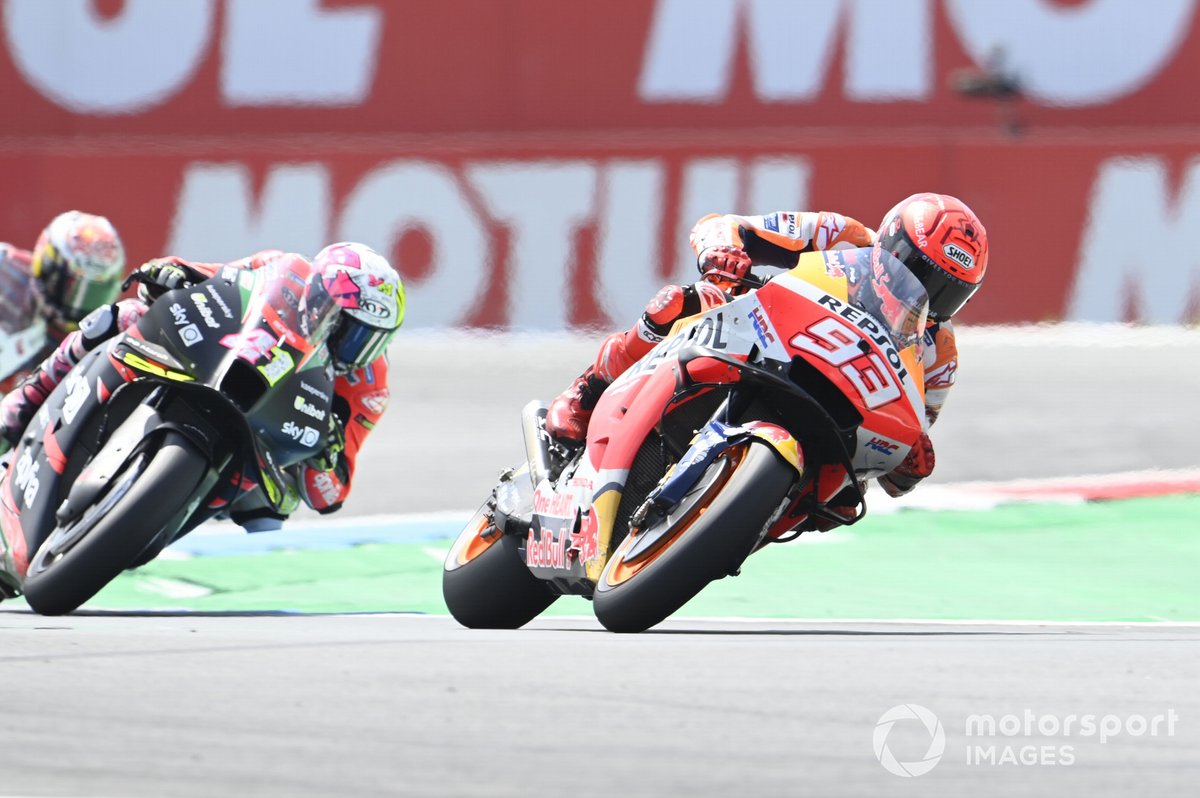 "My plan if the arm permits, I would like to ride more with the motorbike because at the moment I just go race by race.

"My plan is to try to ride more days before Austria GPs and introduce a lot of bikes into my physical training."

The German and Dutch GPs have begun a turnaround in fortunes for Honda, with Marquez's injury issues masked by the Sachsenring's anti-clockwise layout and allowing him to take victory.

At Assen, Honda introduced a new chassis which Marquez raced to seventh from 20th at Assen, branding the update as the first HRC has introduced this year which actually works.

He believes this upgrade will give Honda "motivation" to further develop out the problems the 2021 RC213V has.

"Of course HRC is working, also I am very happy with them because here [at Assen] we received the first item that is more or less different and works this year, which is the new chassis and I raced with that chassis and it was some improvement in some parts," he added.

"So, I I'm happy with them and this gives us motivation, especially to the engineers because if you give many things but they never work, it's easy to be upset.

"But now it looks like we found something, and we need to take it and try to use it for the future."