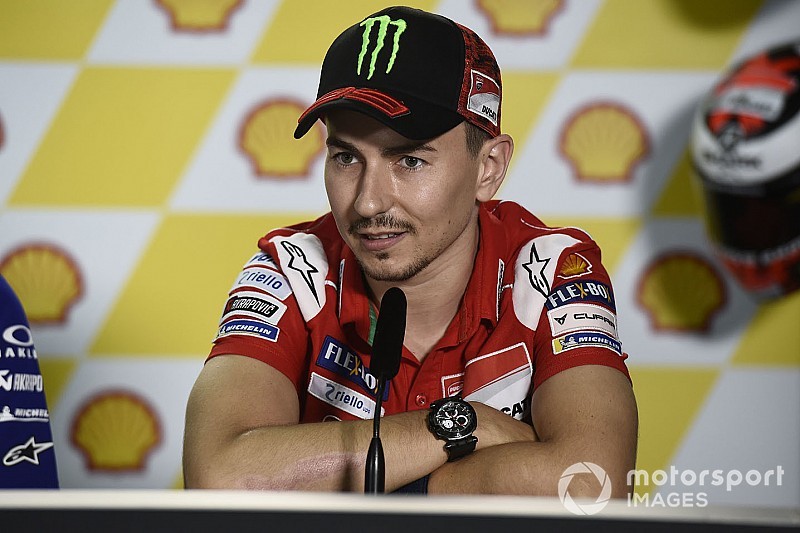 Jorge Lorenzo will work with Dani Pedrosa's former track engineer and will only bring one crew member over from Ducati, Motorsport.com can reveal.

Lorenzo will become Marc Marquez's teammate at Repsol Honda next year and will have ridden for all three top manufacturers in four years, having joined Ducati from Yamaha in 2017.

And much like in his 2017 move, at the end of the current campaign Lorenzo will only bring his trusted mechanic Juan Llansa to Honda from his current Ducati crew.

Llansa has worked with Lorenzo since he raced in the Spanish CEV championship, staying with him in 125cc and 250cc and also during his Yamaha tenure.

Ramon Aurin, who worked formerly with Pedrosa but has been paired up with Takaaki Nakagami this year at LCR, will be the main man in Lorenzo's garage.

Mechanic Pedro Calvet will be part of Stefan Bradl's test team, the German planning to make two to three wildcard appearances in 2019.