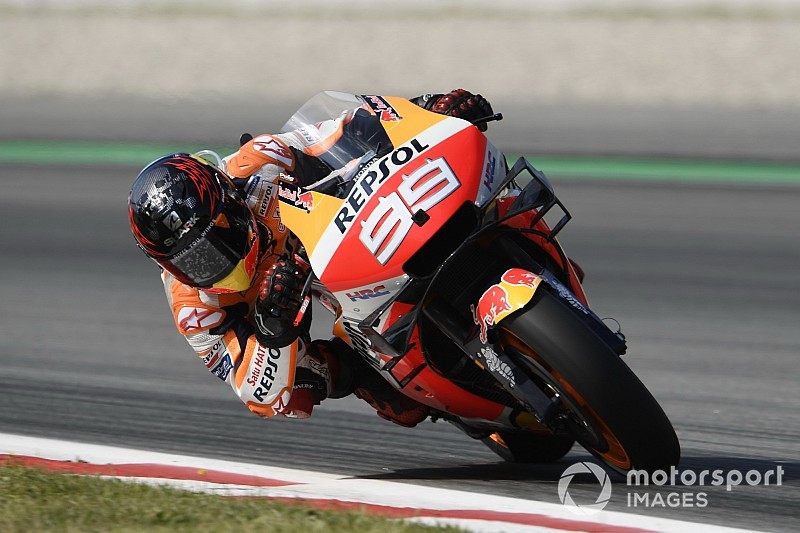 Honda has confirmed Jorge Lorenzo will make his return to MotoGP action at this weekend’s British Grand Prix, having been absent through injury since June's Dutch TT.

The triple MotoGP world champion suffered a fracture to his T6 and T8 vertebrae in a fast crash during first practice at Assen, and was forced to miss that race and the next one at the Sachsenring as a result.

Expected to return after the summer break, Lorenzo’s recovery had not come on enough and he sat out the back-to-back Czech and Austrian Grands Prix.

“It is very good to be back with the Repsol Honda Team, it has been a long time since Assen,” the three-time Silverstone race winner said. “I would have liked to have been back sooner, but the nature of the injury meant I had to take my time.

“While away from the track, I have been working hard to be as ready as possible for Silverstone but I know it will take some time to get back up to speed.

“I am pleased and ready to be back with the team so we can keep improving and get the results we know we can achieve.”

In his absence, Lorenzo was embroiled in rumours of a shock return to Ducati in 2020 during the Austrian GP weekend in place of Jack Miller at the Pramac squad – a move seemingly instigated by Ducati management.

However, during the same weekend Lorenzo communicated to Honda that he would see out his two-year deal with the Japanese marque.

Pramac and Ducati have since firmed up Miller’s deal for next season, where he will continue to ride works machinery.

Injury aside, Lorenzo’s debut season on the RC213V has been a miserable affair; he sits 19th in the standings with a best result of 11th at Le Mans.

HRC test rider Stefan Bradl deputised for Lorenzo at the last three rounds, and is only three points adrift of him in the standings.

Zarco pinpoints cause of him trailing Oliveira